LISTEN | Musa Mseleku opens about his wives’ resistance to him taking wife No. 5 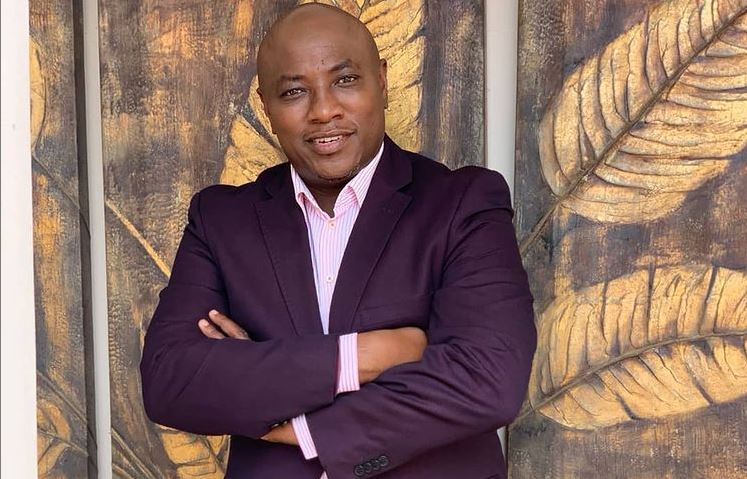 Reality TV star and polygamist Musa Mseleku says he will continue to plead with his four wives to accept his request and wish to marry a fifth wife.

With the premiere of the third season of Mnakwethu scheduled for screening on Tuesday on Mzansi Magic, Musa Mseleku says viewers should expect to see polygamy from a different perspective, much like the reality of his own life in a modern time.

The Uthando Nes’thembu star revealed he hasn't got the green light yet for his latest pursuit from his four wives.

“I have called a number of meetings both as a collective and individually, I've expressed the feeling that the request has been rejected. My plan is to keep presenting the same thing in a different way or persuade, up until I get a collective agreement in a sense that everyone is happy about it because I wouldn't want anyone to leave me because of that decision,” he told TshisaLIVE.

Musa admitted his challenge to convince his wives to accept his new relationship was a depiction of the modern ways of the polygamous lifestyle.

“I'm asking my wives to allow me to take a fifth wife, it's no longer a question to me. I'm just waiting for them to say yes or no. And I'm doing it the modern way. If it was before, I'd be telling them that I'm taking.

“The way it's supposed to be done, is for me to engage with the first wife and tell her I intend to take a fifth wife and she would communicate with the other wives but in the modern times, it does not work that way because all the wives have to be treated equally.”

He's carrying out a vision he saw for his life at a young age to have a big family which has now grown to what he refers to as a an “institution”. Though he had no example growing up, Musa says he feels confident he will succeed regardless of the hurdles that come along the way.

“When I started, I thought I was going to fail, but now I think I can stand on top of the mountain and say, 'yes, I've made it'.  It's been over 20 years ... any vision at any point gets to be reaffirmed whether it's still following its intended original form or not. This is for the first time in my life where something we all identify as [as a family] we cannot fix it ...”

One wife would've been enough if there was no vision of being a polygamist, Musa says. Right now, while his wives still ponder about expanding the family, he's reminded of the hardships of the lifestyle.

“The hardships of polygamy are to maintain [the relationships] and to prove beyond reasonable doubt that you love this person you are with because if that person feels that a second, a third or fourth is taken because of their shortcomings, you will never have a peaceful life. And if those who are coming think they are coming because they are better than the first wife, you will never have a peaceful home. It's to reach a stage where it is natural they accept each other as sisters.”

Musa said one of his sons was following in his footsteps, having two women in his life, and intending on taking on the journey of polygamy. But he did not want his son to pursue the same lifestyle just to please him.

“Mpumemelo has to first answer to himself as a person, whether what he's doing is exactly what he wants or it's what he's seeing me doing ... The second part he has to be truthful to himself to say am I ready to go through this journey with these women, because if that's not the case, he will fail, even while I'm around because he has to love it, live it and own it.

“I have an obligation as his father to say: “My son, I'm not excited by the fact that you're following in my footsteps, but what will excite me is that you, as a grown up man, take a decision, you own the decision, to live this kind of a lifestyle that will excite me, because you will then extend the vision,'” he said.

"One of the things that made me be where I am is that I am not perpetuating it and I'm not promoting it, even though polygamy forms a big part of my ...
TshisaLIVE
4 months ago

"MaNgwabe comes across as someone who's' over this whole polygamy thing," said one viewer.
TshisaLIVE
8 months ago

‘4 wives plus a side chick?’ — Tweeps left shook by Musa Mseleku’s ‘thirst’

LISTEN | Here's why polygamist Musa Mseleku is against polyandry

Despite practising polygamy himself, Musa Mseleku is against the proposal that polyandry be legalised in SA
TshisaLIVE
7 months ago