'Cut the noise. Let the music go on': Black Motion back in studio 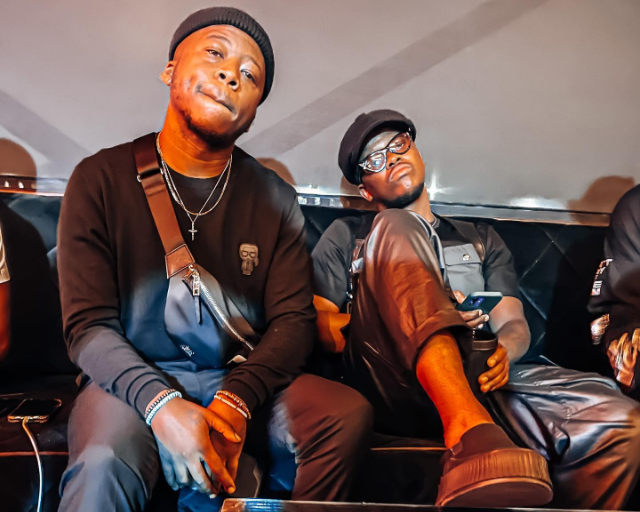 It's not the first time Black Motion has been rumoured to be splitting.
Image: Instagram/ Black Motion

After trending on Twitter, Bongani “Mörda” Mohosana and Thabo “Smol” Muhogwane of popular musical duo Black Motion have made it clear they're not going anywhere or starving fans of new music.

On Instagram the pair shared a snap of themselves in studio, seemingly unfazed by talks of them parting ways.

“Cut the noise — let the music go on,” read their caption.

The rumour might've worked in the duo's fans' favour because in a separate post on the platform they said: “Black Motion is dropping soon, let them talk, but the music lives on."

The rumoured split got tweeps in a frenzy. This after Prince Kaybee tweeted that he was saddened by the end of an era.

“Still in disbelief that Black Motion is no more. The most decorated and astounding duo of our time,” he said.

It's not the first time there have been rumours of a split between Mohosana  and Muhogwane.

The pair released a statement in April when a popular blogger told his followers Murdah Bongz was leaving the group.

The statement said Bongani was still part of the duo, but also launching a solo career under the moniker Mörda and not “Murdah Bongz”, and that Smol was also venturing into “other business aspects” which would be announced in due course.

“Spirit Motion would like to state on record that Black Motion members Thabo Muhogwane, aka Smol, and Bongani Mohosana, aka Murdah Bongz, have not parted ways. Black Motion still exists and have plans for more years to come.”

The thought of Black Motion never "healing" people with their music doesn't sit well with many tweeps.
TshisaLIVE
3 weeks ago

Black Motion's Thabo recalls the birth of his daughter

"When she was smiling that she just arrived on earth, I was in tears. I couldn’t believe my feelings and life that God gave us an angel"
TshisaLIVE
5 months ago

Black Motion's Murdah Bongz changes his stage name, as Thabo ventures into business but the duo is still intact!
TshisaLIVE
3 months ago

DJ Zinhle and Murdah Bongz are proud to be the faces of Drip's new fragrance range.
TshisaLIVE
3 months ago