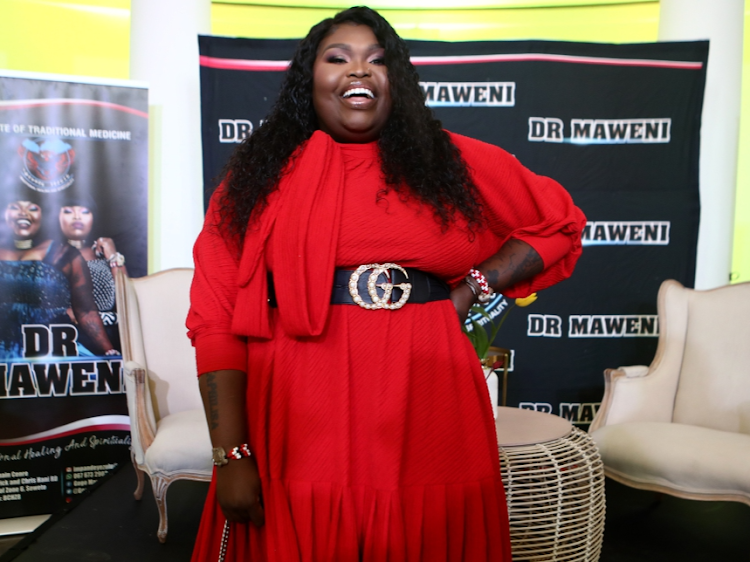 This after Gogo Maweni launched her Ubungoma Festival in early July.

According to City Press, Romeo Malepe accused sangoma Gogo Maweni of using her newfound fame and money to steal his Ancestor's Picnic concept.

The sangoma has been hurling insults at the reality TV star on social media.

“There are fake Gucci sneakers out there, there's also a fake sangoma festival out there Yabathakhani abandiza ngama thorn sticks,” he wrote recently on Facebook.

There are fake Gucci sneakers out there, there’s also a fake Sangoma Festival out there yabathakani abandiza ngama thorn sticks.

Speaking to TshisaLIVE, Gogo Maweni said Romeo Malepe was trying to bring attention to himself using her name as the ideas were not the same.

“He does picnics, I'm doing a festival, those are two different things. I'm not going to close the street down and serve people Kota [bunny chow] and invite abongoma [sangomas].

“We are looking at music, arts, crafts ... we've got artists, that's something he doesn't do, he needs to relax. He pitched this thing at Constitution Hill three years ago and they declined it ... Why doesn't he pursue the matter legally if he has any grounds to stand on?”

The iZangoma Zodumo star's festival, which will take place at Constitution Hill in Johannesburg on October 1, consists of a renowned line-up of artists such as Sjava, Lamiez, Nomfundoh Moh and Blaq Diamond, among others, shedding light on African spirituality and art through good food and music.

Gogo Maweni said Romeo could have collaborated with her instead of trying to bring her down.

“I've heard his talks and comments and I said to myself I'm not going to entertain him, we are not on the same level. If he had the finances to pull off this festival he would have done it a long time ago, but he doesn't.

“He could have asked to sell his bunny chows and I would have given him a stall. Not what he's doing. He could have come and asked where we can partner, as another healer, hence I'm working with Skhoteni to show people that you can work with another healer.”

Gogo Maweni said Romeo should respect her and stop parading as a “Mkhulu”, implying that he hasn't been a sangoma for a long.

"I have received calls from clients complaining about muti purchased from an ex employee under my name and brand."
TshisaLIVE
1 year ago

She also opened up about her love for her two pet snakes and a tortoise, and slammed “fake” sangomas who lie to desperate customers.
TshisaLIVE
1 year ago

"The show does not intend to mock and disrespect anyone's religion, spiritual practices or anyone practising Ubungoma."
TshisaLIVE
1 year ago