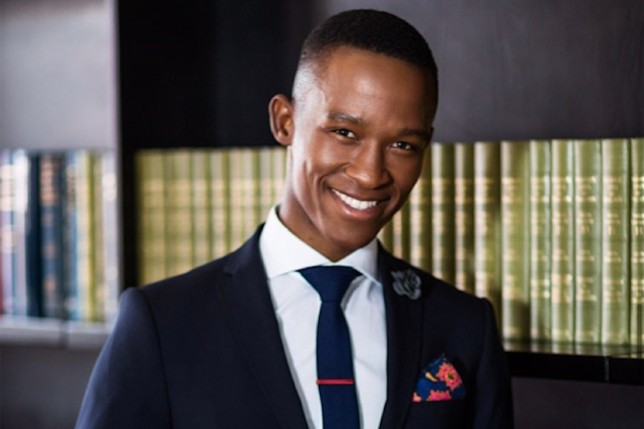 Katlego Maboe is set to make a comeback to television on August 8.
Image: Instagram/Katlego Maboe

TV presenter Katlego Maboe has thanked his fans for the love they've shown him since he revealed he'll be back on S3's talk show Expresso.

August, dubbed the month of rebirth by many, started off on a great note for media personality Katlego, who is due to make a TV comeback on Monday, August 8.

Taking to social media, Katlego thanked his followers who showered him with love.

“Thank you for all the love. What a day!” Katlego captioned two snaps where he was seen smiling from ear to ear.

Thank you for all the ❤️ What a day! pic.twitter.com/INYH6kMm3y

In a statement shared with TshisaLIVE  on Tuesday, S3 and Cardova TV production company confirmed the news.

This after the media personality and singer was embroiled in a cheating scandal which led to lawsuits and him losing his Outsurance ad campaign work. He was forced to take time off from his presenting gig on the show as abuse allegations came to light in 2020.

More than 75,644 people signed an online petition to bring back the TV presenter.

Katlego is set to have an emotional sit-down with presenter Graeme Richards to speak on his journey over the past two years and picking up the pieces.

“It truly is difficult to put into words what I feel at the moment — being back to the place I called home for a decade,” Katlego said.

“I'm filled with so much gratitude for all those who have been supportive and encouraging throughout this journey and I'm looking forward to having the opportunity, once again, to help an incredible team deliver an inspiring show to our people.”

Though delighted to return, Katlego said he was nervous as well.

“I'm a mixture of tingling nerves and childlike excitement at the thought of the first ‘Good morning!’ and I hope that when all is said and done, I would have done everyone proud. Thank you all.”

Here are some of the reactions from his fans:

I hope Katlego Maboe recognizes the support he received from Black SAns..

They've been rooting for him.

Katlego Maboe back on Expresso, so happy for the man bruh 👏🏿

Katlego Maboe makes a return to expresso show next week 💃🏽💃🏽

Now that Katlego Maboe is returning to the Expresso show, can we have him back on Chencha daideng😭

Back like he never left! Katlego Maboe returns to 'Expresso'

S3's Head of Channel Pat van Heerden said Katlego's welcome to the show was due to the courts exonerating him.
TshisaLIVE
1 week ago

Katlego was a host at the Nedbank International Polo at the Inanda Club on Saturday.
TshisaLIVE
4 months ago

"Women need to stop blindly encouraging the ill treatment of their former partners or what is labelled as a baby daddy!"
TshisaLIVE
6 months ago

‘They exhausted me’ — Monique Muller details her ‘fight’ against Katlego Maboe

"They exhausted me financially and emotionally to a point where I also  said in court, 'I'm ready for this to be done'. I saw no end in sight," ...
TshisaLIVE
6 months ago