Gogo Skhotheni talks about 'love potions', polyandry and being 'hated' 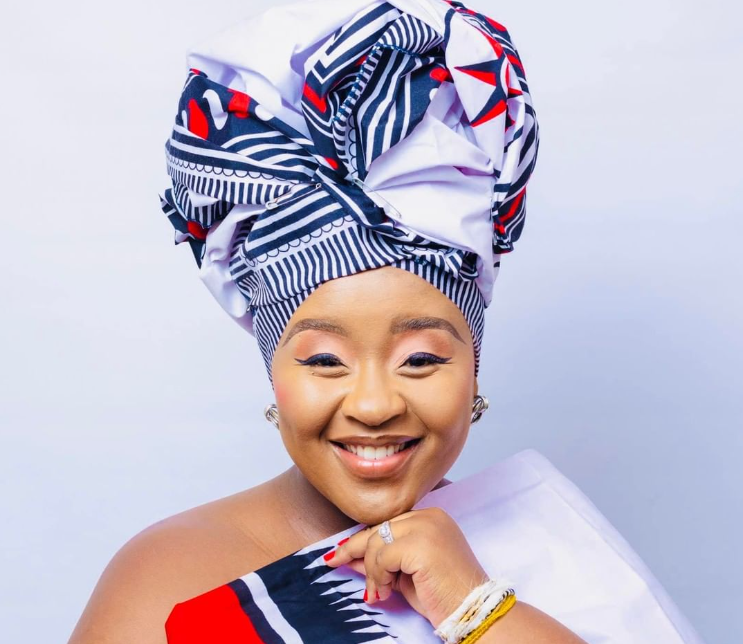 Patricia Motsoeneng, popularly known as Gogo Skhotheni, is unashamedly living her truth as a sangoma doing things the unconventional way.

The traditional healer, who appears on Moja Love’s Dlozi Lam, Gogo Skhotheni  and Mzansi Magic’s iZangoma Zodumo, caused an uproar on social media when she revealed she had taken up a second husband after her ancestors instructed her to do so.

Nearly nine months ago, Gogo Skhotheni's second husband, Monde, joined her family and it has not been an easy transition for her, her first husband and mother, who does not understand her decision.

“I feel like my mom ... she felt embarrassed as my mother. She's not buying it till this day.

“I've never disrespected her in any form, so I think she will understand as time goes on. Monde won't go anywhere. They are very fond of Monde at home, they love him a lot, so I think with time, she will accept,” she tells TshisaLIVE.

Juggling the new dynamics of her relationship was not easy, especially because she had never heard of a sangoma pursuing polyandry.

“It has never happened before. I've also not heard of any sangoma go through it ... so it's also new to me, but it's fine. It comes with a lot of challenges, but I'm learning a lot every day.”

While facing backlash on social media, Gogo Skhotheni says though she knows her arrangement is unusual, she is up for the challenge.

“I've asked [my ancestors] about another thing that I can do besides this, but clearly it's not working out because they keep telling me the same thing.

“I thought, why not? Why I can't I accept this as well? Even if it's bizarre to some people I will just do it. I know it won’t make sense, but as long as it makes sense to me, why should it make sense to people who won't live that life?”

Her two husbands are here to stay, the reality TV star says.

Gogo Skhotheni says she's done a ritual to make sure their love remains strong. This before admitting she gave her second husband isdliso.

“I had to [give him isdliso] because he had his jealous thing, I had to cool him down so he can still understand that I still call the shots ... Also, they have to get along, so I can't do that without using umuthi at the end of the day.

“It's not starting new love, it's ukwandisa (strengthening) the love that is already there and you're just adding spice. It's like cooking meat and then you spice the meat.”

“You're putting a stamp to make sure it's a lifetime thing because I don't want to go out of it any more. It's not like you're giving someone something they don't know; they have that love, but you make it strong so it doesn't leave.”

She admits her partners had no knowledge of her doing the practice, but they had no issue about it when she mentioned it after the fact.

“I don't think I have to shy away from it because they came to me knowing I'm a sangoma and sangomas do practise such things.”

There have been many couples who have approached her asking that she does it to them as well, and she believes it could be the solution to the high divorce rates.

“There are people who ask for it. There are couples who come and ask for it ... It's a thing, people, and we don't have to shy way from it ... Divorce rates are high, and if there is a solution that we can keep them together, then why not?”

"One of the things that we need to start calling each other on is, we have become irresponsible healers"
TshisaLIVE
4 weeks ago

#BBM winner Mphowabadimo broke down as her ancestors' love left her humbled in Letoya Makhene's presence.
TshisaLIVE
4 months ago

"My ancestors have placed me on a different platform."
TshisaLIVE
7 months ago