Here are 5 points by Gogo Dineo on accountability in ubungoma 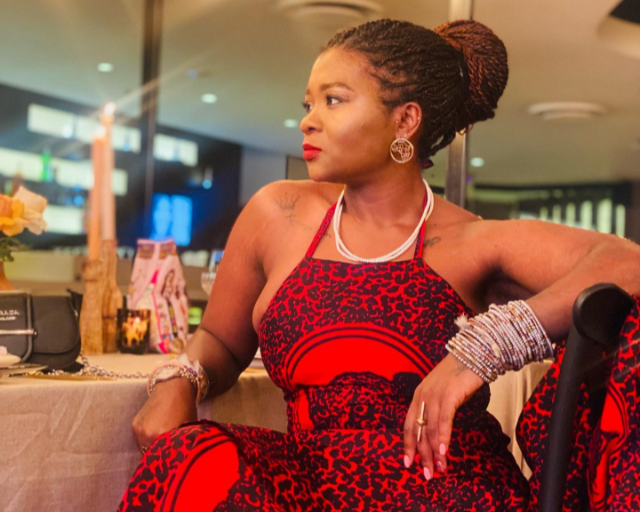 Gogo Dineo says she carries an eldership, which means she has to be responsible.
Image: Instagram/Gogo Dineo Ndlanzi

Spiritual healer, teacher and trained sangoma Gogo Dineo Ndlanzi has been very vocal teaching about African spirituality and bringing integrity to the ever-changing and growing discussions around the theme and practice of it.

Speaking to TshisaLIVE at the second instalment and celebrations of “Ancestors Day”, which was launched in May 2021, she said patience is the most important tool on one's spiritual journey.

She opened up again on a public platform with poet and activist Ntsiki Mazwai.

Gogo Dineo was the first guest in newly launched podcast Unpopular Opinion, where she said healers have become irresponsible.

Healers need to be held accountable

Values and principles of traditional healing needed to be upheld

More and more people are opening up about their journey.

When speaking to TshisaLIVE at the time of Ancestors Day's launch she said healers needed to exercise caution.

“In wanting it to be out there, what are we putting out there that might jeopardise it? When we are teaching and talking, can we still respect the values and the principles?”

“I’m Gogo Dineo because I carry eldership. Eldership comes with responsibility, so the minute we become irresponsible and reveal sacred things, people will be like, ‘No, it was secretive.’ There’s a difference between intellect and wisdom. People can be intelligent, but unwise.”

There's a difference between sacredness and secrecy

Speaking to TimesLIVE premium she opened up about healers being light workers after a traditional healer aided police in the arrest of a suspect in Hillary Gardee's murder.

“A fully trained sangoma who went through a full initiation abides by the code of ethics and takes an oath to uphold integrity, truth and light. They will never support anything that causes destruction,” she said.

Speaking to TshisaLIVE at a panel discussion hosted by Castle Milk Stout to launch Ancestors Day, part of the panel discussion was how people embrace spirituality, the narrative that there is a sudden influx of people/traditional healers and the sacred vs secrecy.

“We have been going through an awakening — we call it the birthing of a new earth — and it has been happening since Thabo Mbeki's era. Now it seems prevalent because there is social media. So it's not starting now, we are seeing it now because of social media.

“This shift has been happening for a very long time, but what is going on is that the generation of this time are the ones who are at the forefront. They are seekers of knowledge, seekers of understanding, because they have come on this earth to shift us to the new earth.”

"One of the things that we need to start calling each other on is, we have become irresponsible healers"
TshisaLIVE
4 weeks ago

‘Real sangomas work in light, but greedy ones drift across to the dark side’

Purists believe a sangoma’s gift is to heal, not help criminals run from the law
News
1 month ago

"It is a journey which you are re-writing not only for yourself, but for those before you who have had responsibilities," said Gogo Dineo.
TshisaLIVE
3 months ago

Gogo Dineo grateful to be part of Ancestors' Day celebration

"This is what I signed up for, I signed up to tell my story so that my story of change can change the system."
TshisaLIVE
3 months ago