By justice malala AND Justice Malala 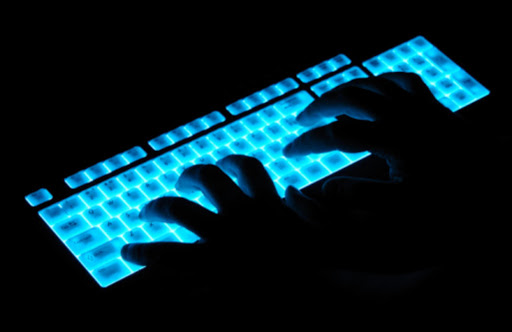 The likes of the ANC Youth League, Finance Minister Malusi Gigaba, Co-operative Governance Minister Des van Rooyen and others such as Mosebenzi Zwane - the Gupta employee who masquerades as a mining minister - all try to pretend that the e-mails are fake, even as everything in them is corroborated again and again by other evidence. They also try to divert attention from the real corruption described to how the e-mails were leaked.

Last week the ANCYL, an organisation that has become nothing more than a Gupta praise-singer, piped up and said the e-mails were obtained illegally. Its general secretary, Njabulo Nzuza, told a press conference that the media is unaccountable and claimed the e-mails constituted the circulation of "fake news".

Evidence that the e-mails are authentic is abundant. The new Communications Minister, Ayanda Dlodlo, has confirmed their authenticity. When Dlodlo learnt that her trip to Dubai was paid for by the Guptas, she confirmed that indeed she had stayed at the hotel mentioned in the e-mails and had believed that her stay was paid for by the controversial Fana Hlongwane, a childhood friend of hers. She did not try to deny the veracity of the e-mails.

I also know they are authentic because I am mentioned in them. On Friday February 12 last year, months before we knew that the Gupta family had contracted the notorious British PR firm Bell Pottinger to be its Goebbels, I received a strange request from the London firm. A woman named Victoria Naylor-Leyland sent an e-mail saying that an anonymous corporate "client" wanted to be interviewed by a credible journalist and for the interview to be posted "online and across social media as well as being made available to news outlets and broadcasters". The interview would receive a "light edit".

The woman tracked down the agent who handles all my non-journalistic corporate work. There was a snag, though: Who is this nameless corporate client? my agent asked. The PR firm would not tell us. No go, we said. I don't work for people I don't know and I don't agree to things while blindfolded.

It was a Friday evening and I was on a farm in the Free State. Naylor-Leyland said she would disclose the name of the client if I signed a "non-disclosure agreement", which was then e-mailed to my agent. I attached my signature and waited.

The next day an e-mail came through from Bell Pottinger. It said: "In reference to the deed of undertaking signed today I confirm that the 'Client' I am arranging a video interview for is Mr Ajay Gupta."

I sighed as I read this. I have written extensively about the Guptas and their corruption over the past seven years. I dedicated a whole chapter to them in my book We Have Now Begun Our Descent, released in late 2016. I knew what was going on with their request. They wanted an interview conducted by a credible journalist - but they would have control over who it went to, how it was released and how it was spun. They wanted to whitewash themselves using my name.

I immediately fired an e-mail back to Laylor-Neyland. This is what it said in full: "Thanks very much for this. I cannot do this for pay. It clashes directly with everything I do. I had thought this was a corporate client, not a client in the sphere of my daily political journalism work.

"I am happy to interview your client on my show, The Justice Factor, for the usual 30 minutes or an extended show for an hour. I would not ask for or take payment for this as this would constitute bribery. The interview would be based on normal journalistic grounds: critical and fair."

She sent one more e-mail refusing the interview on my show and wanting one on her terms. I never heard from this shady outfit again. I know that they have tried the same trick on other journalists and it hasn't worked.

Now, if these e-mails have made it onto the leaked e-mails, what is to say they are not genuine? They are as genuine as the fact that the president of South Africa has been the Guptas' toy since he came to power in 2009.

Over the past few weeks, the Zuma-Gupta machinery has used every trick in the book to try and dodge a judicial inquiry into just how deeply the family from India runs our state and president. We should not allow them to get away with it. A comprehensive state capture probe is necessary, and urgent. As Julius Malema and Cyril Ramaphosa have said, it should focus on the Guptas and their grip on Zuma. It should look at the past 10 years, no more. And Zuma should not be allowed to stall it by challenging the former public protector Thuli Madonsela's recommendation that Chief Justice Mogoeng Mogoeng should appoint the judge to lead it.

The Guptas and Zuma have turned SA into a mafia state, as the SA Council of Churches has said. They need to be exposed at every turn, and to be jailed along with Zuma.