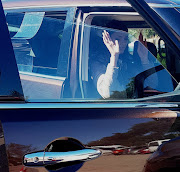 Hijackers often use a strategy of bumping into their victim and making them think that it is an accident to get them to exit their car. Picture: SUPPLIED

According to the most recent Stats SA Victims of Crime Survey, a total of 34,880 hijackings took place in SA in one year. That’s one hijacking every 15 minutes.

Dialdirect Insurance has seen a 30% increase in hijacking (July 2019 compared with July 2018) and urges motorists to be vigilant.

Maanda Tshifularo, head of Dialdirect Insurance, says: “While some hijackings are meticulously planned, others are opportunistic, with hijackers taking advantage of being at the right place at the right time.”

Jason Mordecai, MD of 7Arrows Security, concurs. He notes that hijackings at residences and public hot spots have increased over the past three years, with hijacking syndicates operating as well-orchestrated businesses, employing people incentivised to deliver certain car models on demand.

Mordecai adds that while there will always be certain car brands that are targeted by hijackers, the reality is that all makes and models are at risk.

To assist motorists, Dialdirect turned to an unlikely source — a convicted and now reformed hijacker, “Bra T”, who was recently interviewed by anticrime activist Yusuf Abramjee on Crime Watch on eNCA.

Abramjee said: “During the interview, Bra T shared some interesting information on how hijackers operate and how they identify their targets. To prevent a hijacking situation one needs to be equipped with the correct information and knowledge. Hijacking is a reality and you need to be prepared for this horrific eventuality.”

According to Bra T:

How many cars do hijackers typically steal?

A team of four hijackers — often numbed out by alcohol and drugs — will take 30 to 40 cars a month, and could get as many as five or six cars a day.

How are targets selected?

Hijackers operate according to their clients’ “shopping list”, which specifies exactly what make and model of car they need, how many they need and when they need it by. When it comes to identifying areas and victims, hijackers will target areas where there’s a higher chance of getting the specific car that they need, without presenting too much risk to themselves.

People on their way back from shopping malls make for ideal targets, as they usually carry cash or cards that could be an added “bonus”.

Hijackers will often force their victim to share the PIN to their bank card, sometimes holding them hostage to ensure that the PIN provided is correct, and/or to make multiple withdrawals.

Where and how do hijackers strike?

In public spaces, hijackers will follow a target at a distance, later moving closer and striking at a traffic light. They often use a strategy of bumping into their victim and making them think that it is an accident to get them to exit their car. Driveways are also a prime hijacking hot spot, where hijackers typically box in a victim before the access gate is completely open.

Tshifularo emphasises the importance of being aware and looking out for anything that seems suspicious and offers the following tips:

Always be aware of your surroundings and look out for anything suspicious. The highest danger period is when you are arriving at a destination. Wherever you are, focus on your environment, free from distractions.

Remain vigilant while filling up with fuel, especially at night. Keep doors locked and windows closed and only open the window when it is time to pay. Keep an eye out for suspicious movement, especially in your car’s blind spot.

Use your GPS to avoid getting lost. People who look as though they don’t know where they are, are targets. Inform someone at your destination about your estimated time of arrival.

When at traffic lights, keep your head up and make eye contact with the pedestrians around you.

Slow down from a good distance when approaching a red traffic light — particularly late at night — so that you don’t have to come to a complete stop before the traffic light turns green.

When stationary, give yourself enough space to manoeuvre your car and to avoid being boxed in. You should be able to see the rear tyres of the vehicle in front of you.

Be aware of suspicious vehicles following you. If you suspect that you are being followed, make a couple of false turns if need be, then drive to the nearest police station. If you are at all unsure of whether the car trying to pull you over is actually an official police vehicle, remain calm, switch on your car’s hazard lights to show that you are prepared to co-operate and drive to the nearest police station.

If you are involved in a bumper-bashing, drive to a police station or busy area to check for damage.

When arriving home, remain parallel to your driveway in the road while opening your gate and turn in only once the gate is fully open. In this way you’re able to drive away if you need to.

Lighting is key for safety. Ensure that your driveway and gate are well lit and that when you’re out, you park your car in a secure, bright area.

Install smash and grab window protection if possible. Do not drive with your windows open and doors unlocked, and keep your valuables out of sight and not on the seat next to you.

Check the back seat before getting into the car, even if you left it locked.

“In the worst-case scenario, if you are confronted by a hijacker, try to remain calm and do not argue,” says Tshifularo.

“If you’re asked to get out of the car, use the hand closest to the seat belt to unclip it, and don’t make any sudden gestures. Avoid eye contact, comply with the hijacker’s requests and don’t be a hero. Remember your life is worth more than your car,” he continues.