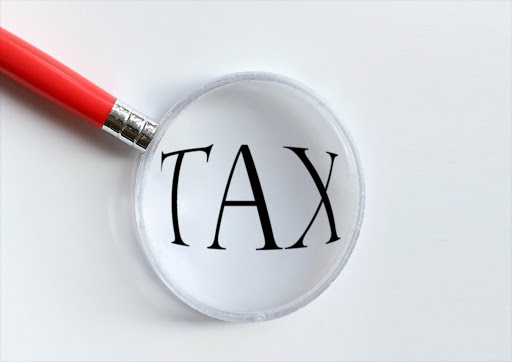 Heritage Oil and Gas Ltd Company knew beforehand of a capital gains tax that Uganda later imposed, and worked aggressively to circumvent it, according to previously unreported details contained in internal correspondences.

The company, also known as HOGL, besides deciding to fight the tax liability head-on, engineered a re-domiciliation from the Bahamas to Mauritius in a move that would have benefitted it since Uganda has a double-taxation agreement with the latter.

In an April 1 2016 email to the UK’s Guardian newspaper, HOGL, through a law firm, Carter-Ruck Solicitors, said the process of re-domiciliation began “long before the completion of the transaction [in Uganda] … [and] for a variety of business reasons”.

After HOGL, in 2010, sold its 50% stake in Uganda’s oil fields at US$1.5 billion (UGX5tn) to Tullow Uganda Ltd, yielding the first biggest windfall of the country’s nascent petroleum sector at the time, the government through the Uganda Revenue Authority (URA) slapped a US$404 million (UGX1.4 tn) capital gains tax on the transaction.

Tullow Uganda Ltd is a subsidiary of Tullow Oil Plc, which, like HOGL at the time, is listed on the London Stock Exchange. HOGL shares’ listing and trading on the stock market was suspended on June 27 2014 and cancelled four days later, on July 1, according to information from the company’s website.

The tax dispute became a protracted legal battle and different courts, including a Ugandan Tax Appeal Tribunal and a commercial court in London, combined took four years to resolve it.

New evidence shows HOGL learned of the imminent tax liability weeks before it was officially imposed and contracted tax accountants and lawyers to fight it off as unwarranted and illegal.

In the offshore and tax haven business, nothing moves until lawyers and accountants have had their word and cut.

The oil firm settled for two options: tackle the levy head-on and, on failing, move the business and assets to a tax haven with the professional help of lawyers and accountants. Whereas HOGL was at liberty to restructure its business portfolio, including for the purpose of paying the least taxes, its re-domiciliation approach was contrived to defeat the tax liability in Uganda, according to copies of emails obtained by the International Consortium of Investigative Journalists (ICIJ) based in Washington, D.C.

The proposal to re-domicile from the Atlantic island nation of Bahamas to Mauritius, in the Indian Ocean, the correspondences show, was “primarily due to the double tax agreement between Uganda and Mauritius”.

HOGL then contacted Bruce McNaught, a chartered accountant and then director of Hansard, the firm’s administration office in Guernsey, who on February 8 2010 wrote to Messrs Moller and Morris introducing Mossack Fonseca & Co Bahamas as the oil firm’s registered agent. The identity of Messrs Moller and Morris is not clear from the correspondences or online. Mossack Fonseca is a Panamanian law firm that helps investors to set up tax structures in Panama and other Caribbean tax havens.

“HOGL … is due to complete the sale of an asset in Uganda within the next 11 days,” McNaught noted, “Due to tax reasons emanating from Uganda, the directors have been advised by tax accountants to re-domicile HOGL to Mauritius from the Bahamas before completion [of the sale].”

He added: “The group’s tax accountants are working hard to eliminate the potential tax charge imposed by the Ugandan authorities without HOGL having to be re-domiciled, but as a second line of defence, the directors have been advised to put in place all that is necessary to effect re-domiciliation to Mauritius so that the process can be completed if it becomes necessary (which we believe to be the case).”

The double-taxation agreement enables only one of two countries where an individual or entity earns income to collect tax, and Kampala signed one with Mauritius to attract direct foreign investment, Uganda’s Foreign Affairs ministry Permanent Secretary James Mugume said on March 20 2016.

“The double-taxation principle is to benefit us, not the foreign oil companies,” Mugume told this newspaper. HOGL, however, embarked on a different game plan that people familiar with the dealings in the underworld of tax evasion say could have only been to deprive Uganda of the tax revenue.

“The proposal to re-domicile its operations is clearly an attempt at aggressive tax avoidance since the only motive is to dodge a potential tax liability,” the London-based Tax Justice Network Executive Director John Christensen, a foremost global campaigner for tax justice, noted in reply to Uganda’s Daily Monitor email enquiry.

Shortly after HOGL initiated the tax avoidance scheme, Hansard’s general counsel Jonathan Hart, in a follow up to his colleague McNaught’s email, wrote to the Mossack Fonseca & Co Bahamas office to emphasise how “extremely urgent” it was to stop the capital gains tax.

Hart asked them to share information about HOGL with the contracted two firms and “provide them with all such assistance as they may request.”

The teams then set up an impromptu conference call to discuss the nitty-gritty, shortly after McNaught, in his email, sought guidance on know-your-customer (KYC) requirements or key information to minimise risks across jurisdictions, including on anti-money laundering, to allow them to assemble the material necessary to save HOGL from a huge capital gains tax.

In July 2015, International Monetary Fund (IMF) researchers published an estimate of profits shifted by multinational companies, suggesting that developing countries such as Uganda lose around $213 billion (UGX710tn) a year, almost 2% of their national income, to this practice.

The IMF’s Monetary and Exchange Affairs department in 2000 listed Mauritius as one of the offshore financial centers where companies prefer to be headquartered to avoid paying tax, Uganda’s Observer newspaper reported, adding that the operation of offshore financial centers reduces transparency in different jurisdictions and impacts good governance.

Much of the potential benefit from attracting foreign direct investment to developing countries under double-taxation agreement is lost, Christensen noted, because of the aggressive tax avoidance practices of the companies involved.

At below 14%, Uganda’s tax to gross domestic product ratio is one of the lowest in East Africa, putting authorities on tenterhooks to muster resources from all tax heads.

Such was the approach Ugandan officials adopted in dealing with the foreign oil firms, and their meetings over the tax dispute often turned hostile, according to revelations before London’s Commercial Court. Justice Michael John Burton heard the case in which Tullow sued to recover monies it paid in capital gains tax to the Ugandan government on HOGL’s behalf.

With HOGL unwilling to pay tax, Ugandan officials, including President Yoweri Museveni and the then URA Commissioner General Allen Kagina, put their feet down and demanded the payment.

The London court heard that in one such meeting on August 3 2010 with Tullow’s head of tax Richard Inch, Kagina lost her temper and “there was shouting and she was angry”. When they met two months later, on October 23 2010, Kagina told Inch, “tax is imposed and collected by law, not compromise”.

Because Tullow, as the buyer, had yet to pay HOGL, the Ugandan government threatened not to renew its exploration licenses, which were due to expire, unless it deducted and remitted the equivalent capital gains tax.

After a hard bargain, in April 2011 Tullow capitulated and sent to the Ugandan government US$121 million (UGX403b), an equivalent of a 30% threshold down payment, antecedent to filing of tax appeals under the country’s laws. The balance of US$283 million (UGX943b) was deposited on an escrow account with Standard Chartered Bank in London, pending resolution of the tax dispute that ended in 2013.

Another US$30 million (UGX100b) was separately assessed on a US$100 million that Heritage additionally paid Tullow Uganda Ltd as cash settlement arising from a breach of the companies’ Sharing and Production Agreement.

HOGL later opposed these tax payments as “collusion” between Tullow and the Ugandan government, resulting in the London case that Justice Burton on June 14 2013 decided in Tullow’s favour.

Whereas Uganda eventually bagged its capital gains tax, the protracted flexing of muscles of rich and powerful foreign investors, often supported by their equally mighty home governments, would more likely arm-twist developing countries fraught with corruption and weak systems to capitulate than fight for what is their right. Uganda’s approach, in this instance, was an exceptionally strong act of political will.

The URA deferred comments for this story on lessons it learned from the tax dispute, but the Ugandan Parliament is currently considering proposed amendments to the country’s income tax law to help close some of the loopholes that foreign investors exploit.

According to Christensen, developing countries need to re-negotiate or revoke weak treaties, particularly on withholding tax, to prevent multinational companies from shifting their profits to tax havens. “[Their] governments should require all inwards investors to provide annual accounts based on country-by-country reporting requirements, which might reveal where profits shifting is taking place and trigger a tax audit,” he noted, proposing that African leaders support attempts by the United Nations Tax Committee to shape new global rules for taxing multinational companies.

HOGL, alongside Hardman Resources Pty which the parent Tullow Oil Plc later acquired, and Tullow Uganda Ltd, gained a reputation in Uganda by striking the first commercially viable quantities of the hydrocarbon deposits, bringing the country closer to becoming an oil producer.

Although the intent of HOGL, which has since left Uganda, to use offshoring to avoid tax liability was referenced in the London case, this is the first time emails to expedite the scheme have been leaked.