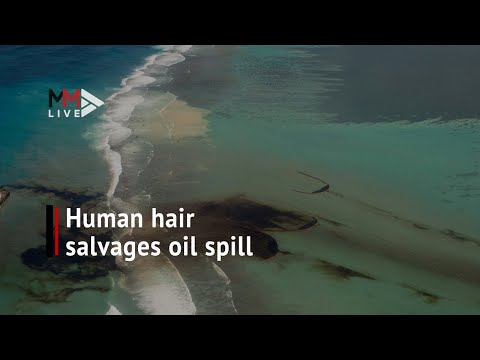 Fuel has spilt from a Japanese bulk carrier that ran aground on a reef in Mauritius on July 25 2020.

The MV Wakashio, owned by the Nagashiki Shipping Company, struck the reef on Mauritius's southeast coast.

Environmental group Greenpeace said the spill was to likely to be one of the worst ecological crises Mauritius had ever seen.

Romina Tello, 30-year-old founder of the eco-tourism agency Mauritius Conscious, spent the weekend helping clean black sludge from mangrove swamps. She said Mauritians were making booms to float on the sea out of sugar cane leaves, plastic bottles and hair people were voluntarily cutting off.

“Hair absorbs oil but not water,” Tello explained during a telephonic interview. “There's been a big campaign around the island to get the hair.”

Diving centres, fishermen and others have joined the cleanup efforts.