The return of the great white sharks 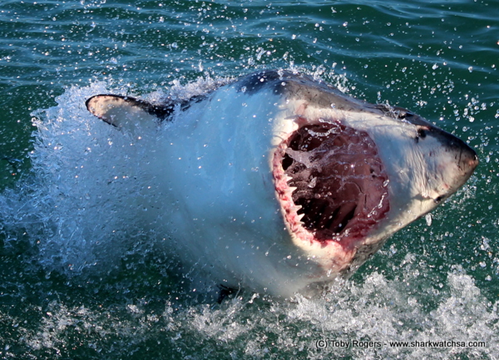 Clamp and Mini Nemo have come back to Gansbaai‚ six months after killer whales chased these white sharks away.

Gansbaai‚ about 160km from Cape Town‚ is one of the world’s premier white shark destinations where tourists are virtually guaranteed to spot them on cage-diving trips.

But white sharks fled the bay last year after orcas hunted and killed five of them‚ including a rare female almost five metres long.

Marine biologist Alison Towner‚ of the Dyer Island Conservation Trust‚ said on Monday: “Post the orca slaughter‚ we have had six months with very little white shark activity and sightings came in dribs and drabs.

“Now the white sharks are starting to return‚ and we are seeing large sharks we recognise.” 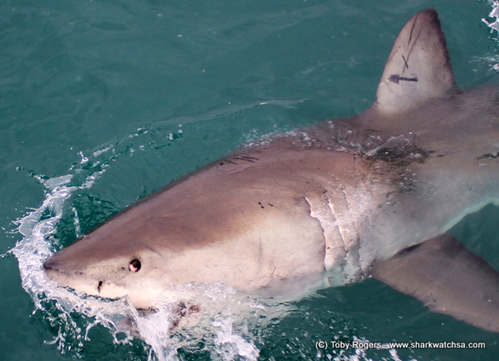 White sharks can be identified by marks on their fins and tails‚ and the latest sightings include sharks from 1.5m long to a six-metre female.

Even before the orca activity‚ white shark expert Chris Fallows said that he had been seeing fewer and fewer white sharks in False Bay.

“Regulars are not coming back and we are finding a huge inconsistency in their arrivals and departures‚ which were like clockwork over more than 15 years‚" he said at the time.

Bronze whaler sharks stepped in as the top predators in Gansbaai after the white sharks left‚ Towner said. “The bronzies came in and carried the shark sighting ecotourism operation. Now the white sharks are starting to return‚ the bronzies are moving off.

“We have been through a desert so to have one white shark sighting is really appreciated‚” she said. 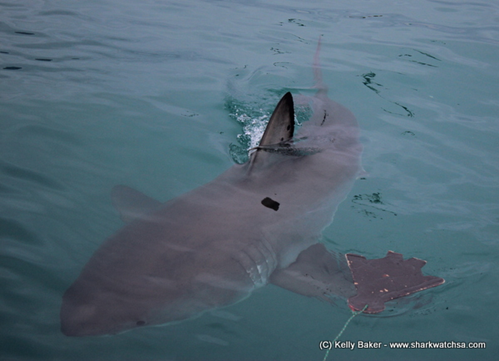 The last white shark necropsy Towner attended was June 24‚ 2017‚ but the orcas‚ known to target white sharks‚ are still in SA waters.

The scientists found that the white shark livers‚ nutritious and weighing as much as a human being‚ had been removed with almost surgical precision by the orcas.

“Those two were seen recently passing Mossel Bay and five days later off Cape Point. They have a learned behaviour targeting sharks‚” she said. “When something like this happens‚ it shows us how delicate the ecosystem in an area is. Something like five attacks on white sharks‚ had a cascading effect through the ecosystem.”

Something like five attacks on white sharks‚ had a cascading effect through the ecosystem.

In addition to the bronze whalers taking the gap‚ more seals (traditionally shark prey) seemed to be hunting penguins.

The Marine Dynamics team‚ who run the cage diving operation which funds the Dyer Island Conservation Trust‚ hopes that May to August will once again be prime time for sighting white sharks. Younger Cape Fur seals move off the island in this season attracting the sharks.

Towner said: “We are holding thumbs that we will have the same winter pattern‚ with white sharks resuming their normal hunting patterns at the Dyer Island system."

In a world first, filmmaker and naturalist Craig Foster spent years doing daily dives off the Cape coast to document the secret life of an octopus ...
Lifestyle
4 years ago