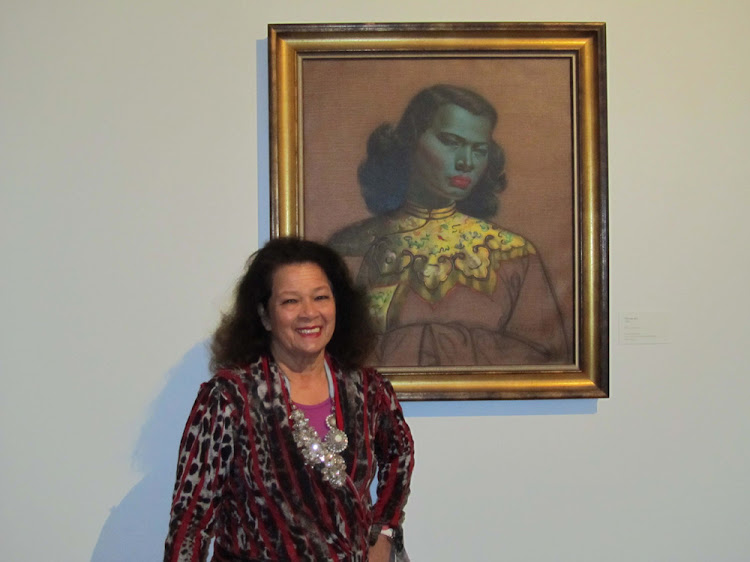 While working at her uncle’s laundromat in Cape Town‚ Monika Pon-Su-San never thought that her life would forever change when a Russian artist asked her to sit down so that he could paint her portrait in 1952.

She later became known as The Chinese Girl‚ the title of the painting‚ which had tremendous commercial success in the 20th century.

But the woman with the pensive face is no more. She died this month at the age of 86 in Johannesburg‚ said her daughter Margo Su-San.

The painting gained popularity after renowned artist Vladimir Tretchikoff sold it to a woman in Chicago in 1953. It is distinct for the blue‚ green and copper shades used in the skin tone. So popular was the painting that it featured‚ amongst others‚ in David Bowie’s The Stars Are Out Tonight music video‚ in a Don Paterson poem God’s Gift To Women‚ The White Stripes music video Dead Leaves And The Dirty Ground and Alfred’s Hitchcock’s film Frenzy.

The painting catapulted Monika to stardom. She had been interviewed by local and international media countless times.

In 2011‚ Vladimir Tretchikoff showcased his Tretchikoff: The People's Painter exhibition at the South African National Gallery. The Green Lady‚ as she was also called‚ was the main attraction.

Russian author Boris Gorelik‚ who wrote a biography on Tretchikoff‚ said in an interview published in The Herald: “I’m still amazed at how unpretentious she and her family are. Their lives weren’t easy.

“The Green Lady didn’t bring them fortune and fame. And still‚ Monika says this was perhaps the best thing that ever happened to her.”

The painting over time found its way back to South Africa and was put on display at the Delaire Graff Estate in Stellenbosch. British businessman‚ jeweller and chairman of Graff Diamonds International English jeweller‚ Laurence Graff‚ paid approximately R15 million for the painting in 2013 at an auction in London.

Monika enjoyed the limelight of being The Chinese Girl‚ but never made any money out of it. She worked as a shipping clerk and a part-time dressmaker.

Margo Su-San said in a statement that the family was saddened by the loss.

“After she got married in 1953‚ she moved to Johannesburg with her husband. Her marriage fell apart early on‚ and she raised her five children by working as a shipping clerk and‚ in her spare time‚ as a dressmaker. She subsequently met her life partner‚ Enrico Tabasso‚ and a love story ensued that spanned forty-four years‚” said the statement.

Monika is survived by Enrico‚ two sons and three daughters.

A memorial service to honour and celebrate Monika's life was held at the Mater Dolorosa Catholic Church in Kensington‚ Johannesburg‚ on June 20.