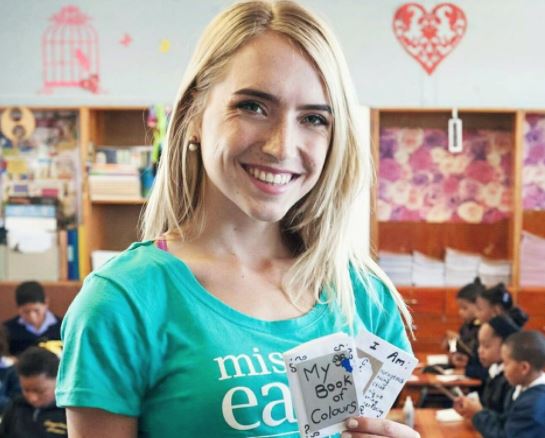 A missing persons docket has been opened by organisers of the Miss Earth South Africa beauty pageant‚ who are worried about the whereabouts of one of their regional semi-finalists.

Georgina Cost‚ operations manager at Miss Earth SA‚ told TimesLIVE on Thursday that she last spoke to Claudi Pieterse‚ 22‚ on June 22 and has not heard from her since then.

After failing to get through to her‚ Cost began contacting Pieterse’s “emergency numbers” which the organisation had in their books.

“I spoke to her grandmother and she said she did not know where she was. I then spoke to her brother who told me he had not spoken to her in two months but he thought she was okay‚” Cost said.

In April‚ Pieterse‚ of Vredehoek‚ Cape Town‚ had made it to the regional semi-finals.

“The case was reported and it will be sent to Cape Town for further investigation‚” said Kgatla.

Cost informed Pieterse’s grandmother and has already tried to make contact with the police in Cape Town.

“The police were very supportive. They tried to go to her flat but we did not have the actual number of her flat. We ask anyone who can help us locate her to please contact our twitter handle‚” she said.

"Tell me & I forget.Teach me & I remember. Involve me & I learn." 💚
I love using fun projects to teach children the importance of recycling pic.twitter.com/TRooSf4rPk

The twitter handle @missearth_sa Pieterse‚ who describes herself as being with Topco Models as well as a "Comm and Politics" student‚ last tweeted on June 22.

She seemed to be in good spirits in her comments and also shared a photograph from a school project alongside this message: "'Tell me and I forget. Teach me and I remember. Involve me and I learn'. I love using fun projects to teach children the importance of recycling."