Only 0.5% of SA’s marine territory under protection

South Africa marine research cruises have identified unique ecosystems in the ocean and these discoveries have informed its proposal for 22 Marine Protected Areas‚ scientist Sizo Sizakele Sibanda said on Sunday aboard the SA Agulhas II.

The state-of-the-art research ship is currently sailing from Cape Town to Durban in rolling seas. On Wednesday it will depart from Durban as part of the International Indian Oceans Expedition II‚ with a team of African scientists doing research during the voyage up the east coast of Africa to Tanzania.

She said: “We are familiar with corals in tropical areas. The coldwater corals we have found are the equivalent of ocean fynbos and they are very diverse.”

The teams of scientists have found corals which acted as a nursery environment for fish‚ fossils which shed light on climate change and seamounts with special features or biodiversity. 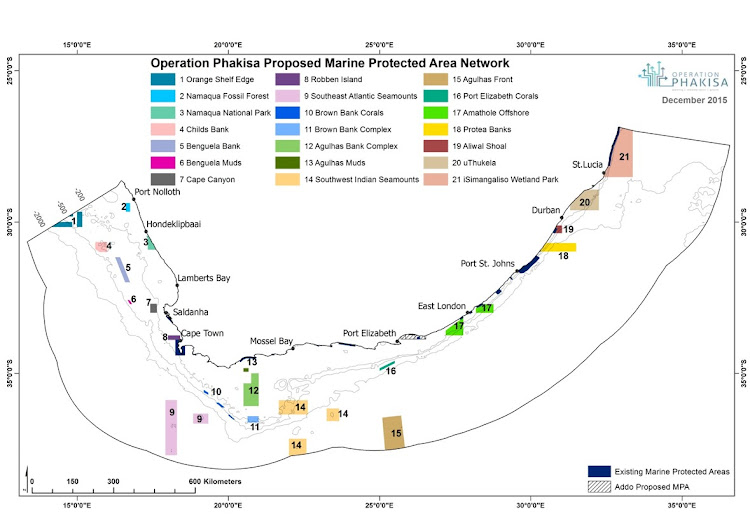 At present 46 out of 54 marine habitat types had no protection he said.

Popose said South Africa needed more than 0.5 % of its marine territory under protection.

SA land habitats have much greater protection than those offshore‚ with 7.8% of the land falling under protection compared to only 0.5% of ocean at present.

Popose said protecting marine areas was complex and the South African Department of Environmental Affairs was working in collaboration with other departments‚ agencies and conservation bodies to work out an enforcement plan.

“Our marine spatial planning is an ongoing process‚” he said‚ “not just for today’s livelihood but for that of future generations.”