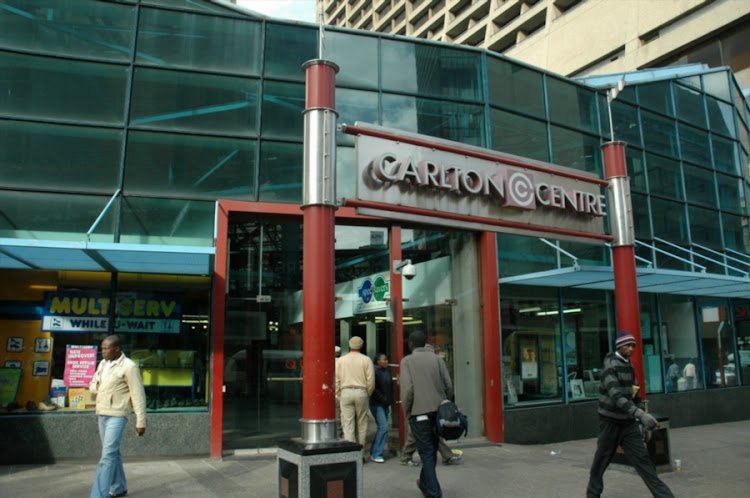 Transnet plans to move out of its Carlton Centre headquarters in the Joburg CBD as part of a temporary move that is set to make way for the makeover of the iconic property.

Transnet will be moving to an existing building at the Waterfall mega-development node near Midrand‚ which is being developed by JSE-listed Attacq Limited.

The ports and logistics parastatal confirmed the move to TimesLIVE on Thursday night‚ after the cat was let out of the bag by an Attacq employee during a property tour of the new multi-billion rand Waterfall precinct.

Nico Barnard‚ a town planner at Attacq‚ said Transnet would be moving into the Group 5 Building in Waterfall once the construction group vacates.

Transnet was hesitant to respond to queries this week‚ as an official joint announcement was being planned with Attacq. Pushed for comment‚ Transnet said it was moving out of the Carlton Centre as part of a temporary move to make way for a revamp of the prime property‚ which it owns.

“It has been 18 years since Transnet acquired the precinct for occupation and with capital being limited‚ only critical and preventative maintenance has been undertaken. The buildings in the Carlton Precinct are iconic and their redevelopment would be a catalyst to the re-invigoration of the broader Johannesburg CBD‚ resulting in significant financial value being created together with socio-economic impact‚” Transnet spokesperson Molatwane Likhethe said.

He added: “The redevelopment of the Carlton Centre and the future location of the Transnet Corporate Head Office have been under consideration by the Transnet Executive and Boards of Directors over a number of years.”

The office tower at the Carlton Centre measures 68‚000m2 of gross lettable area‚ with Transnet currently being the anchor and major occupier of the space. While the mall in the centre is one of the busiest retail hubs in Joburg’s CBD‚ the famous neighbouring Carlton Hotel building has been mothballed for some 20 years.

Meanwhile‚ Likhethe said the move to the new building in Waterfall would be done in phases‚ with the first taking place as early as this August.

Asked why Transnet chose to move its head office to Waterfall‚ he said: “An RFP was issued to the market‚ through an advert in the Sunday Times on December 10‚ 2017‚ and an online listing on the National Treasury e-tender portal on 12 December 2017. The RFP received a healthy response from the market with a number of property companies bidding.”

Disgraced former Transnet boss Brian Molefe may have to pay back some of the almost R19-billion he is accused of squandering on a tainted locomotive ...
News
3 years ago

Transnet squandered billions of rand and broke a raft of regulations when it altered the terms of a deal to buy 1,064 new locomotives, a ...
Business
3 years ago

The tender closed on January 19‚ evaluations were done in March and the Tender Evaluation‚ Adjudication and Recommendation report was submitted to the Acquisition Council on the February 27. The council approved the award of the tender for the provision of 20‚000m2 of existing premium grade office accommodation to Attacq Waterfall Investment Company (AWIC).”

Transnet said some 1‚440 staff members would be moving to the new building in Waterfall‚ which has been leased from Attacq. It reiterated that this was a “temporary move” and that it would move back to the Carlton Centre once it had been revamped.

Transnet would not disclose how much it planned to invest in the overhaul of the Carlton Centre. It does not plan to sell the property‚ and would not comment on property companies and businesses interested in buying the property or being part of the redevelopment. However‚ it did say it was working with the City of Joburg and other stakeholders on a makeover plan for the Carlton Centre precinct.