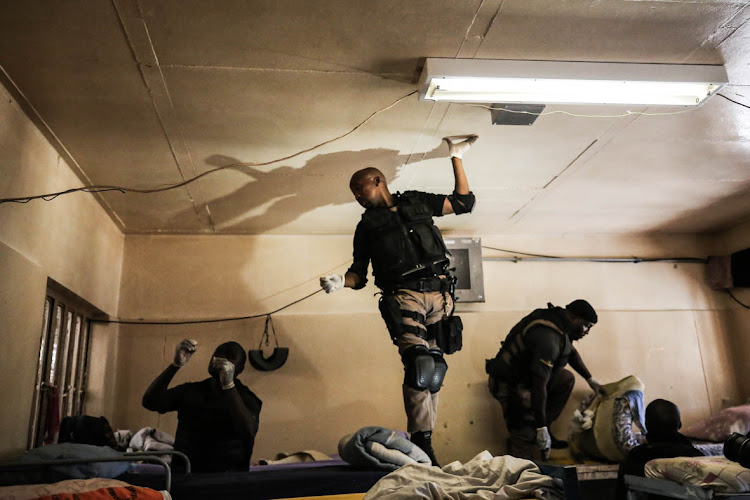 People will always try to make their lives comfortable, even in prison.

“The irrepressible spirit that humans always have innate in them will always be there. Anyone put up against a wall will always find a way of making things comfortable for themselves,” said correctional services deputy minister Thabang Makwetla on Thursday, December 20 2018.

Makwetla was speaking about prisoners’ attitudes after a surprise visit to the Johannesburg correctional centre, commonly known as Sun City.

Inside the prison there are several murals to uplift this “irrepressible spirit”.

One, with a beach and palm trees, is the backdrop to The Bible’s Hebrews 12:11.

“No discipline seems pleasant at the time, but painful. Later on, however, it produces a harvest of righteousness and peace for those who have been trained by it,” the verse reads.

One courtyard wall is lined with murals of a young Nelson Mandela with his boxing gloves on and the iconic photograph of Hector Pieterson, from the 1976 Soweto uprisings.

Popular books in cells included The Bible, crime novels by James Patterson, dictionaries and self-help books, such as Daniel Goleman’s Emotional Intelligence and Rick Warren's The Purpose Driven Life. The logos of PSL teams, including Orlando Pirates and Moroka Swallows, loom over the sports field.

But between the smatterings of inspiration, reality is overwhelming.

A mural of a white tiger is captioned: “Aids. Maneater.” A pamphlet on a cell door instructs on how to “STOP THE SPREAD OF TB!”.

Makwetla said the amount of contraband found in proportion to the more than 8,000 prisoners was “not a crisis”.

“Yes, these things should not be inside here… These people are just on another trajectory, completely lost, and we are attempting to deal with them.

“It’s time we discover the new things and new tricks that these people devise, the more they create other ways of making life comfortable for themselves.” 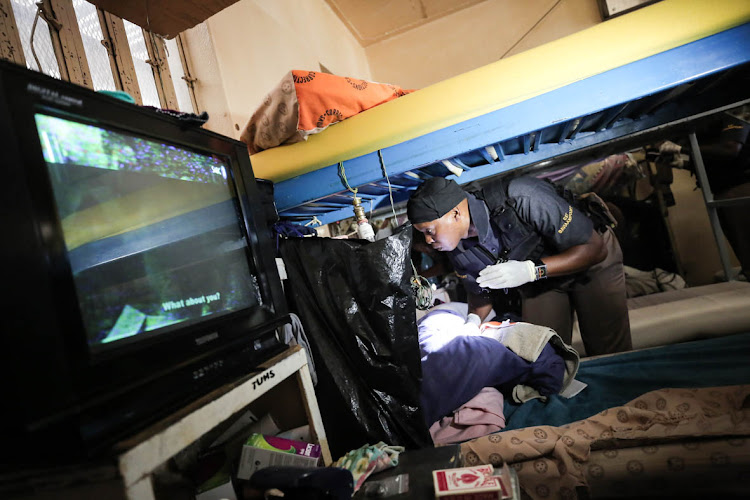 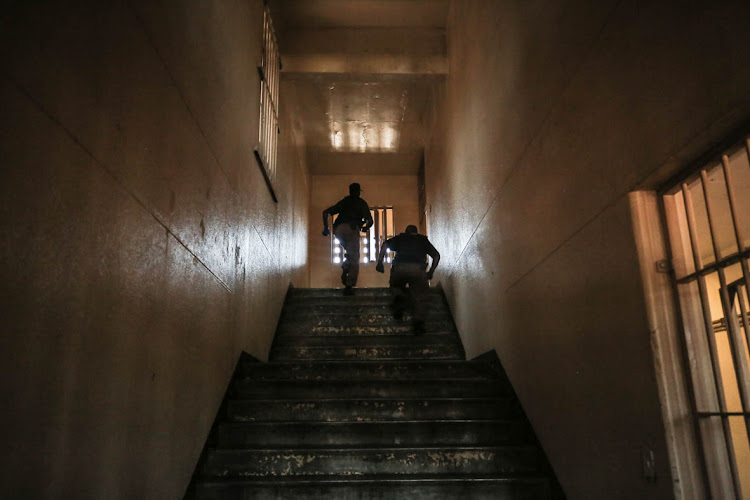 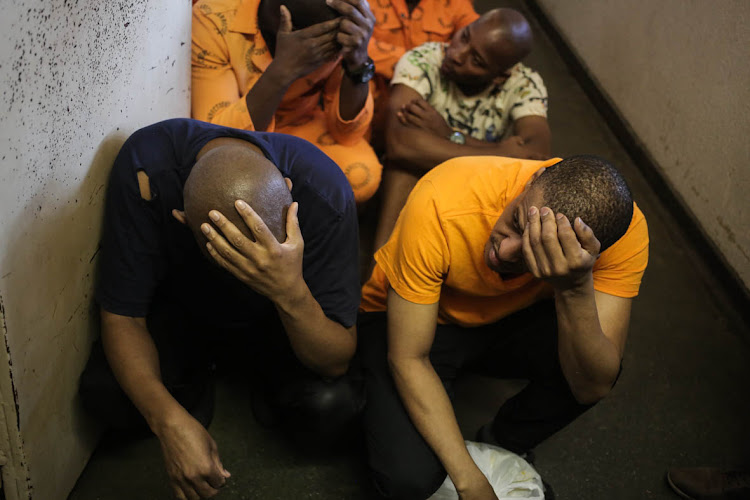 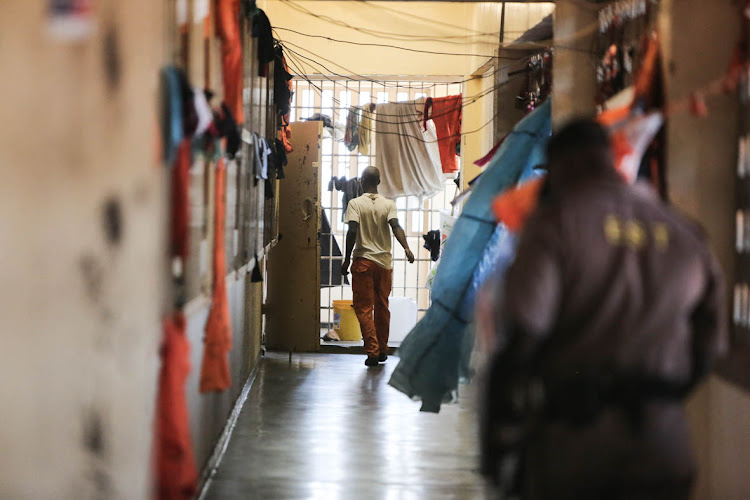 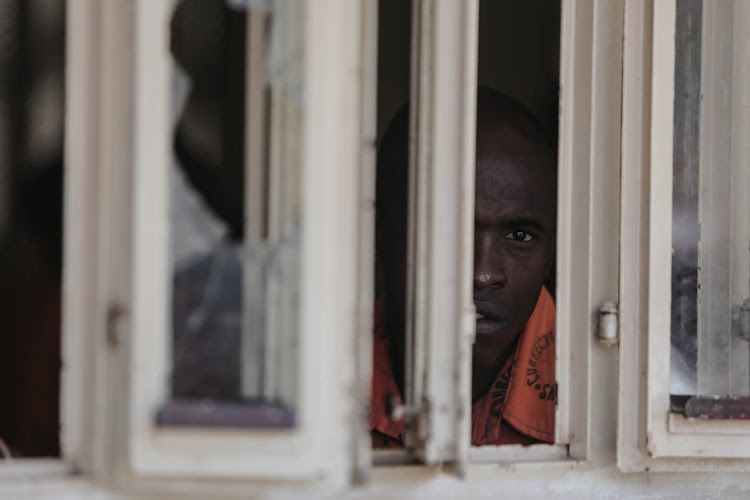 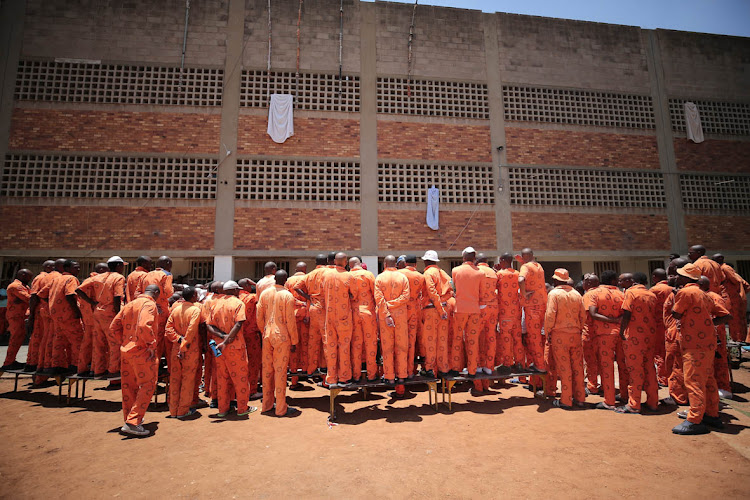 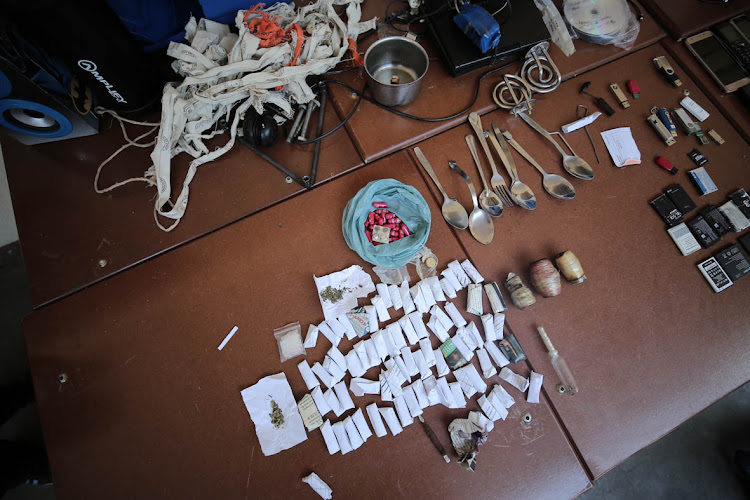 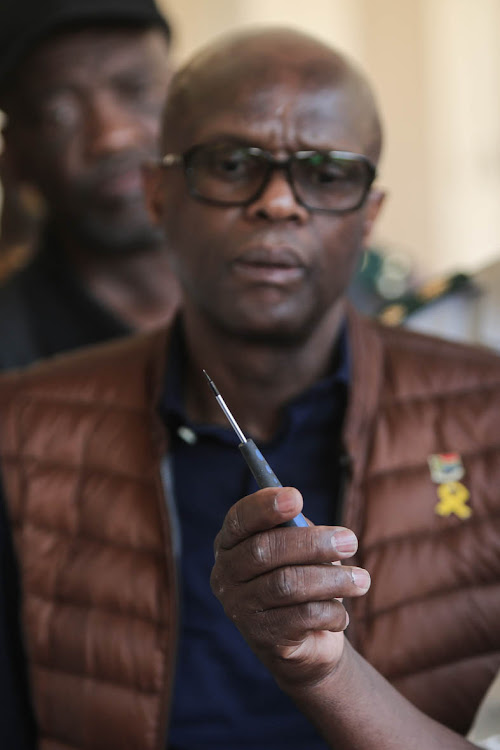 Prisoners huddled outside cells in two rows, like children waiting outside a classroom, while EST officers trawled through their books, journals, food, water buckets, backpacks, bedding and bed posts. The raid was part of the launch of Operation Vala.

Where do prisoners try to hide contraband?

“Inside the mattress, inside their shoes, their bodies, in the walls, in the cupboards, eish, you can find stuff anywhere… You’ll be amazed what these guys can do,” an EST officer said.

Another added: “These drums are full of water. They stuff their cell phones in condoms and throw them in the water.”

Officials search cells every weekend and drugs that are often confiscated include dagga, nyaope, Mandrax and crystal meth. Cocaine is rare.

“They don’t have that much money.”

Goods are often smuggled in by prison staff.

“Even if he [a prisoner] goes to court, then he has a police officer that side who he deals with,” an EST officer said.

Women behind bars: Stories of pain and remorse from inside Sun City prison

Behind the high walls, narrow bars and tight security of Johannesburg Correctional Services Centre, better known as Sun City, are stories of pain, ...
News
3 years ago

As officers searched the cells they hauled prisoners back in to question them. After a few questions, one inmate smirked on his way out of a cell, before greeting a female journalist. “Hello, beautiful.”

“Inmates do everything possible to rubbish our plans because they want to be with their loved ones.”

Disabled inmate Percy Mashele challenged Makwetla after he addressed prisoners in the courtyard.

Another inmate, who has been in prison for 18 years for murder and robbery, said under his breath from the sidelines: “Prison life is not good.”

A day in the life of the average prisoner:

South Africa has seen a significant number of shocking murder cases in 2018. Here are eight that captured the country's attention - and ultimately ...
News
3 years ago

SA’s prisons are “ticking time bombs” as thousands of prisoners’ parole hearings are delayed because of administrative battles between the ...
News
3 years ago