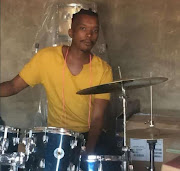 Friends of the man who was beaten to death and dumped in Flora Park, Polokwane, at the weekend on Tuesday expressed shock and dismay at the killing.

Police have reportedly visited the school.

The Limpopo education department expressed shock at the allegations that a pupil was involved.

"The Limpopo department of education is deeply horrified and saddened by allegations of murder in which a Capricorn High learner is said to be a suspect," said spokesperson Sam Makondo. "The incident has been captured on a video which has since gone viral. The suspect has today been taken in for questioning by the police."

Makondo said they did not immediately have the details of the incident, but a psycho-social team had been deployed to the school to provide counselling for learners.

A former classmate of Themane's told TimesLIVE that she was hurt by the manner in which he is believed to have died.

"We went to Flora Park Comprehensive high school and matriculated in 2011 together. He was the class clown who made everyone laugh," said the woman, who asked not to be named.

"I hated the school but he made thing better," she added.

News of Themane's death trended on Tuesday as the #JusticeForThoriso gained traction on Twitter.

So my friend was brutally murdered by some trash of a high school kid who brags about it coz his father's in the police and will protect him. I'm not standing for this! He has to rot in jail!!! #JusticeforThoriso

This hurts
Such a humble soul.
Always been so kind to me.

Police said his body was found lying in the street on Sunday, at around 9.50am.

"The victim was taken to hospital but certified dead on arrival. The police were summoned and started with the initial investigations which revealed that the victim was assaulted by a group of people in the area. One person has been taken in for questioning," police spokesperson Col Moatshe Ngoepe said in a statement.

"The motive behind this incident is not clear but the ongoing police investigations will tell us more," he added.

Amid the #JusticeForThoriso posts on Twitter are two videos depicting what seems to be Themane's last moments alive.

One of the videos show what seems like a bloodied and unresponsive Themane lying on the ground as he is still being kicked in the face by a group of unidentified people..

Another video shows what seems like his lifeless body being carried by the limbs by his attackers.

Another friend of Themane's took to his Facebook account to say he was in disbelief about his passing and expressed pain in the manner in which he died.

My heart is heavy I won't lie. To think i was with you that Saturday morning. We grew up together at the University of...

Meanwhile, his former classmate said: "I am in shock. Angry and hurt at the same time. He was a good guy and would have never hurt anyone."

Police reportedly went to Capricorn High School on Monday in connection with the incident.

This came after another video surfaced showing a boy in school uniform being asked if he feels good about killing a person. The boy says yes because he knows that nothing will happen to him. The short dialogue happens in Sepedi.

Asked how she felt about the allegations that Themane's killers could be children, the former classmate said: "I think they should serve their time. They know what is right and wrong - they know there are consequences for their actions. The fact that they are minors cannot be used as an excuse."

Meanwhile, another friend expressed how Themane had escaped a near-death experience last year.

Thoriso survived a major car accident last year only to die in the hands of kids..💔#JusticeForThoriso