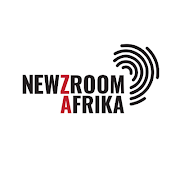 The government was among those that welcomed the launch of the new channel.

Government wishes #NewzroomAfrika all of the best in its endeavor. The introduction of the channel will further shape public discourse.

Newzroom Afrika is the branchild of television production entrepreneurs Thokozani Nkosi of Eclipse TV and former SABC news anchor Thabile Ngwato, of Rapid Innovation. Both own 50% of the company.

The 100% black-owned channel boasts a wealth of experienced journalists and editors including some who were part of ANN7.

Many took to social media to praise the channel for a powerful take off as one of its first bulletins contained an exclusive interview with former Bosasa executive Angelo Agrizzi who has made damning allegations of corruption involving top South African politicians during the Zondo commission's inquiry into state capture and a round-table discussion with President Cyril Ramaphosa.

These are some of the comments which have come through about the channel.

Well Done to the Co-founders!!!! #NewzroomAfrika

An exclusive interview of Agrizzi coming up, its going to be lit. #NewzRoomAfrika #Newzroom405

The first 30min full of exclusives and right to reply from Ace. 👌🏾 no sensationalism, just News. #NewzRoomAfrika

Others however, were critical of the first hour of the broadcast.

Headlines so far are about the ANC... I hope this is not intentional 👀because South Africa doesn’t need more biased narratives....Honestly 🤨#NewzroomAfrika #Newzroom405

Weeeee! I Guess we should have known that #Multichoice would only allow their puppets on their channel after ANN7. Was so optimistic but this #Newzroom405 #NewzRoomAfrika is @eNCA part 2. @ThabileNgwato , disappointed.