Report crime - or give a criminal the upper hand, says Saps 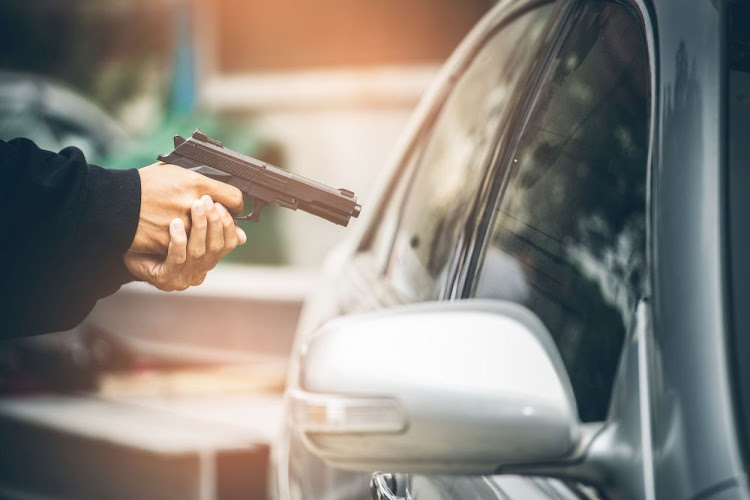 Melissa McGinn is hoping that the motorist who assisted her during an armed robbery sees her Facebook post.
Image: 123rf.com/Chayantorn Tongmorn

Melissa McGinn says she encountered an “angel” in Johannesburg peak-hour traffic, who saved her from a robber - by driving into him.

“You, sir, were a hero (on Wednesday morning). You saved my life and I was able to come home to my little boy because of you! Thank you! Thank you from the bottom of my heart!!!! I had an encounter today with an angel and I’m so grateful you were there!!!” McGinn wrote on Facebook.

“He waited for me to drive away, he didn’t move his car until I was gone. Thank you so, so much for risking your life for a complete stranger!”

McGinn was driving along the Crown Interchange, from Alberton to Melrose Arch at around 8am, when “someone started hitting a gun on my window, telling me if I didn’t open the window he would put a bullet in my head”.

McGinn told TimesLIVE on Thursday it was the first time she had been held up and she did not look at the man. She was unsure if he wanted her vehicle, as well as her phone.

“I wanted to get out of the car to give him my car. I thought that was what he was after. I opened my window and he hit me with the gun. He pulled me forward and hit my head with the gun and pushed me back.”

The robber then held the gun against McGinn’s temple, and this was when the car rammed into him.

McGinn is unsure how the motorist managed to reach her in the bumper-to-bumper traffic. “He came out of nowhere.”

In her Facebook thread, McGinn wrote: “There was a man in a red car. I have no idea what car. I don’t remember what he looked like or anything, but this man drove into the person holding the gun to my head.

"He saved my life, I didn’t get a chance to thank him but I hope he somehow sees this post.”

I don’t know if he was injured. I really hope he was, but then I looked again and he was gone

McGinn told TimesLIVE that she did not call the police because her phone was stolen.

“He hit him with his car and because of the impact that he hit this person [with], this person’s body indented my whole door."

She added: " There is no mark of anything [of the other car] on my car.”

The gunman fled the scene.

“It felt like a really long time that this guy (the robber) stood against my car, so I don’t know if he was injured. I really hope he was, but then I looked again and he was gone.”

McGinn hoped her Facebook post would reach the Good Samaritan, but by Thursday afternoon it had not.

She said she was physically unhurt, except for a pounding headache from the strike of the gun.

Police spokesperson Captain Xoli Mbele said the incident was not reported to the police, but called on the public to report crime.

“You find that you give the suspect another upper hand to go and rob.”

I don’t usually broadcast my life on social media but there is a reason behind this post. I was driving to work today...

Policeman shot dead while hunting down 'rapist' near Pretoria

Police officer Ruben Dumisani Tshabalala was killed while on the trail of a 'rapist' north of Pretoria.
News
3 years ago

A Brakpan mother allegedly shot dead her three children and then turned the gun on herself.
News
3 years ago