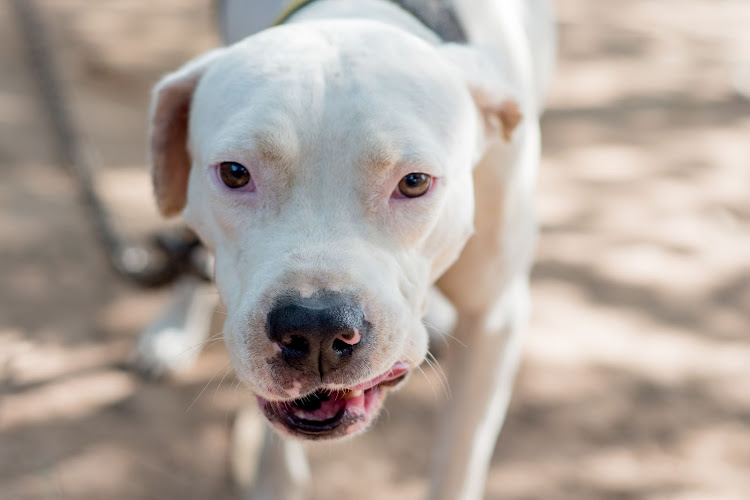 Pitbulls owners are warned to be vigilant as these dogs are often stolen for breeding and dog fighting.
Image: 123rf.com/Sunyawit Deesaen

A Port Elizabeth property owner who took in an abandoned pitbull nearly lost his dog this month when a man claiming to be the original owner tried to take it away.

The incident was captured on footage from the homeowner's house CCTV security cameras.

Animal rescue volunteer Marizanne Ferreira said the homeowner, who asked to remain anonymous, picked up the dog a couple of months ago. The animal was in an unhealthy state.

"He took it to the vet and put up notices for a missing dog so its owner could be located. No one ever came to claim the dog," Ferreira said.

She said that in the incident recorded in the CCTV footage, a man came past his house and told the house owner that this was his dog and that he wanted it back.

The homeowner demanded proof of ownership, or maybe a photograph from the man, which he could not produce.

The would-be thief was aggressive to the homeowner, who decided to call the police.

While the owner was on the phone with the police, the man reached out over the gate and tried to pull the dog over the fence.

Following a scuffle, the man ran away.

"Pitbulls are being stolen left, right and centre in this city. They are then chained, abused, used for breeding and for fighting. My advice to pitbull owners is basic: look at the security around your property," Ferreira said.

Ferreira advised that walls or fences should be at least 2.4m high, with an electric fence at the top.

A partially blind, hearing-impaired pitbull was among 22 dogs found chained and caged in a filthy enclosure in Modimolle, Limpopo, the National ...
News
3 years ago

The National Council of SPCAs  (NSPCA) has expressed jubilation at the sentencing of six people to jail for two-and-a-half years each for their ...
News
2 years ago