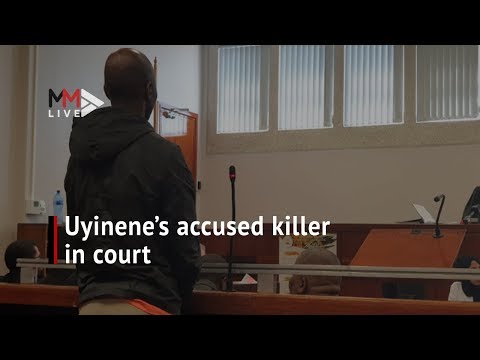 Insults were hurled at a former Post Office employee accused of raping and murdering UCT student Uyinene Mrwetyana when he appeared in court on Tuesday.

Botha faces charges of rape, murder and defeating the ends of justice. He did not apply for bail.

The defence indicated that time was needed to consult with Botha. The case will be transferred to the high court on November 15.

Botha was summarily dismissed from his job after it emerged  he had intentionally misled the organisation and stated under oath that he had never been convicted of any criminal offence.

The Sunday Times reported in September that Mrwetyana's alleged killer was on a list of 300 Post Office employees who had been flagged by the State Security Agency in June 2018.

Despite being aware that he had a criminal conviction, no action was taken.

Luyanda Botha has made his second appearance and the case has been postponed until Thursday. He does not intend to apply for bail and all investigations including postmortem, have been concluded @TimesLIVE pic.twitter.com/JTlXomo1xY

The state has alleged that Mrwetyana was bludgeoned with a scale after being lured inside the post office in Claremont in late August.

The murder sparked an outpouring of grief and outrage over gender-based violence in SA.

Thousands signed a petition calling for the return of the death penalty for crimes committed against women.

Meghan Markle, the Duchess of Sussex, wrote “We are with you, sister,” in Xhosa on a yellow ribbon tied to the railing at the post office where the 19-year-old was murdered in August. The ribbon was signed “Harry & Meghan, September 26, 2019”.

State prosecutor Rodney de Kock said at a media briefing after Botha's appearance that he took gender-based violent crimes very seriously, and would tackle this one with all the hard work it deserved.

“Our main objectives are to ensure  justice is done. We must work with the police and make sure all the evidence is presented”