'I have a bullet stuck in my neck': Cape Town attorney can't fathom who'd want him dead

“I have a bullet in my neck and I can't even feel it. It's like it's not there,” said a confused Jakes van der Merwe three weeks after surviving an assassination attempt on February 12 2020.

Van der Merwe had stopped in his Toyota Land Cruiser outside his home in Gardens, Cape Town, when a masked man, who had been following him all morning, drove up to his driver side window and fired two bullets at the attorney.

“I heard a huge bang and glass shattered all over me. It felt like someone had hit me with a bat on my neck. As I pulled my hand away from my neck, there was blood all over it.

“One bullet was lodged in the door panel next to my head and the other one entered my neck and lodged into my vertebrae. The bullet was 1mm away from rupturing my carotid artery which would have killed me. I should be dead or at least paralysed,” said Van der Merwe as he sat in his Cape Town home on Wednesday, rubbing his wound. 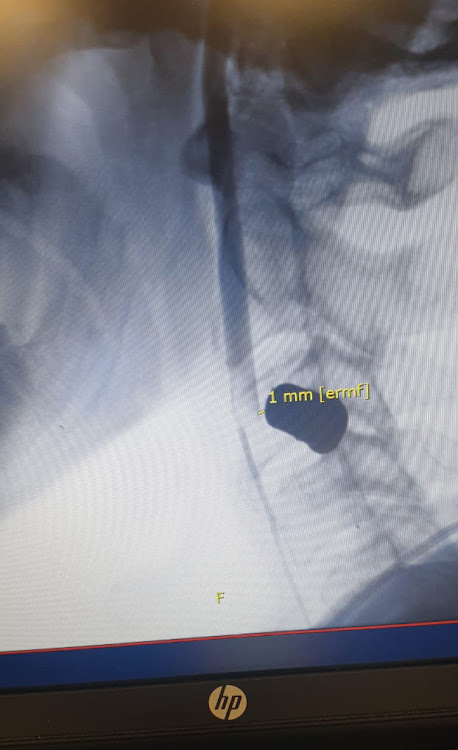 A bullet remains lodged in Jakes van der Merwe's neck after he survived an attempted assassination in Cape Town on February 12 2020.
Image: Supplied

“After being shot I stumbled into my house and told my wife I thought I had been shot. She's a tough cookie so she didn't panic but she drove me immediately to the emergency room. The doctors said it was a miracle I survived and because the bullet isn't causing any problems to me they decided not to operate. So now I have a bullet in my neck for life,” said Van der Merwe with a wry smile.

The Cape Town attorney has no idea who may have been responsible for the attack. CCTV footage captured a suspicious man wearing a face mask, sunglasses and Springbok rugby cap walking up and down Van der Merwe's street 30 minutes before the incident took place. Cameras also captured the attempted murder from multiple angles.

Police are tracking down leads as they try to figure out who was responsible. The number plates on the silver Hyundai H-1 the suspect was driving were cloned.

“We are asking for help from the public in helping us identify the man in the CCTV footage. He has an unusual walk and build and we believe someone must know him,” said Sgt Shaun Bardien of the Central police station in Cape Town.

“I want to know what this is all about so I can have an opportunity to apologise or speak to the person who wants me dead. I work in civil litigation, so my line of work is relatively harmless. I've been racking my brain as to who may be so angry with me that they would want to kill me but I can't think of anyone,” said Van der Merwe. 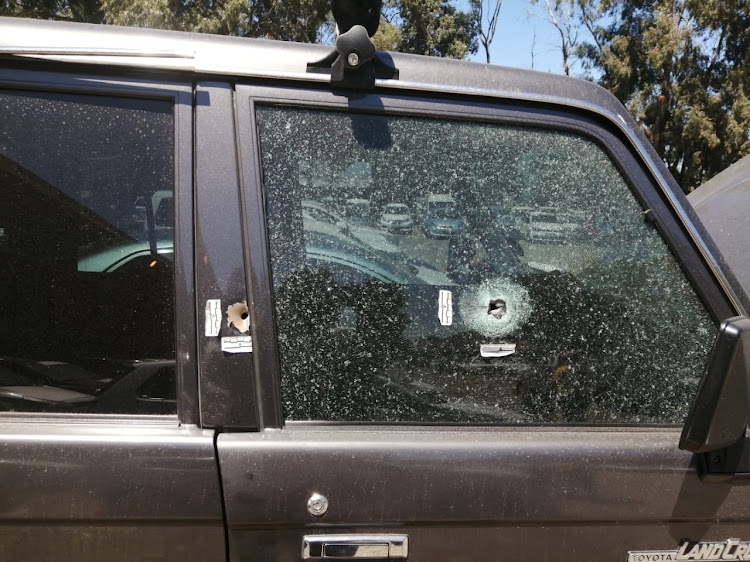 Despite the murder attempt and the bullet trapped in his neck, Van der Merwe believes something good will come from the incident.

“I believe God saved my life and I would like an opportunity to forgive the man who shot me,” said Van der Merwe. “I just want to know what this is all about.”

Anyone with information can contact Sgt Bardien at the Central police station on 0824693176.

Cape Town police have asked for help finding a masked suspect being sought after the attempted murder of attorney Jakes van der Merwe in Gardens, ...
News
1 year ago

Cape Town criminal law veteran Vernon Jantjies received an offer he could not refuse. But when he could not deliver on his client’s demand to keep ...
News
1 year ago

A 49-year-old Polokwane company secretary has been arrested for allegedly conspiring to hire hitmen to kill her husband.
News
1 year ago
Next Article