Health minister Dr Zweli Mkhize has gone on the offensive, squaring up against Prof Glenda Gray over the controversial and critical comments she made about SA’s nationwide lockdown.

Mkhize said Gray - a member of the Ministerial Advisory Committee (MAC) on Covid-19 that Mkhize himself appointed - had shown “unbecoming conduct” through comments made in an interview with News24 last week.

Mkhize said that Gray had been "unprofessional", and claims that she had, in some instances, been sparing with the truth.

News24 quoted Gray saying, among other things, that some of the lockdown regulations were “not based in science”, were “completely unmeasured”, and were “almost as if someone is sucking regulations out of their thumb and implementing rubbish”. 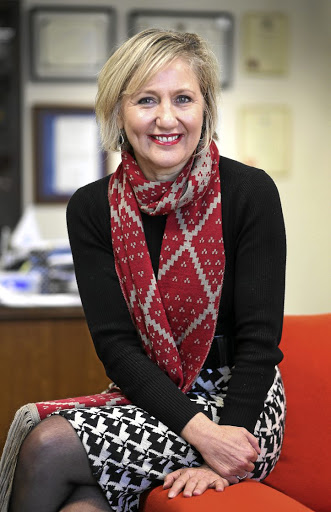 Gray, who is the chair of the SA Medical Research Council, was quoted saying that there were malnutrition cases at Chris Hani Baragwanath Hospital “for the first time” - although these comments were qualified further in an update to the original article.

In a statement late on Wednesday night, Mkhize went on the offensive, saying that Gray made “factually incorrect and unfounded statements”. He also accused Gray of being unprofessional and of showing “unbecoming conduct”, particularly as the Medical Research Council fell under the ambit of the health department.

He was particularly critical of the malnutrition claim, slating Gray for using “anecdotal evidence [which] ends up causing unnecessary anxiety to our citizens”.

“There has been a reduction in the number of cases of malnutrition that have been seen at Chris Hani Baragwanath Academic Hospital POPD and the total admissions during the month of March and April 2020, when compared to the previous 4 years.

“I have been advised by the department’s officials that at a subsequent Covid-19 MAC meeting, Prof Velaphi, the head of paediatrics at the hospital, raised this concern and asked why Prof Gray would mislead the public by giving inaccurate information. In response, Prof Gray merely stated that she had relied on what she had heard from ‘other colleagues’. However, who these colleagues were was not disclosed.

“This emphasises the warning we have been [making] to the media and public not to just rely on anecdotal evidence. This ends up causing unnecessary anxiety to our citizens,” said Mkhize.

The minister then turned his attention to Gray’s attributed comments that government wasn’t listening to experts. “Why have experts if you don’t care what they think?” she was quoted saying.

He said in the statement: “Since the establishment of the MAC, 50 advisories have been given to the minister of health, all of which have been accepted. At no point has the department of health or government as a whole ignored and not responded to the advice of the Ministerial Advisory Committee on Covid-19. The statement made by Prof Glenda Gray is at the least devoid of the truth.

“Having read the article, I have been taken aback by the obvious inaccuracies it contains which have, in my view, caused unnecessary sensationalism and doubt on the work and effort of the government in dealing with Covid-19."

Differences of opinion vital 'to arriving at the best advice': Prof Abdool Karim

Mkhize added that Gray’s comments that government’s phased approach to the lockdown was unscientific was “false” and a thumb-suck.

“There are existing structures in government that have taken into account various factors, including scientific, socio economic, etc. The comment that government thumb sucks its decision not only undermines the joint work and effort that the NCCC [National Coronavirus Command Council], cabinet and government as a whole has been engaged in. But it is also unprofessional and unbecoming conduct from a member of the MAC who has direct access to the ministry and the department.

“In my view it undermines and brings into disrepute the institution that Prof Gray works for which is an entity of the department of health, the MRC [Medical Research Council],” said Mkhize.

“Divergent views by scientists are healthy and welcome. The MAC provides this platform for robust engagement of these top scientists who are leaders of various respectable institutions and organisations. However, I must urge all those who are contributing to the thought process and science behind the decisions ultimately undertaken by government to desist from potentially destructive behaviour and continue to engage constructively with government as they are mandated,” he said.

Meanwhile, Mkhize said he was “stunned” by questions from journalists over why he appointed Prof Salim Abdool Karim as chair of the Covid-19 MAC and, as such, had “sidelined” Gray.

“Save to state the obvious that such appointments are a prerogative of the minister, I find such a question disingenuous as there is nothing that disqualifies Prof Abdool Karim to chair this MAC. In this regard, I continue to urge members of the media that during this period we must be made to respond to issues of substance and not matters that seem to want to sow division within the Covid-19 MAC and cause mischief,” he said.

Scientists, business and labour have delivered a stark warning to the government to fast-track the easing of lockdown restrictions, saying they are ...
News
2 years ago