Black Panther, Tsotsi and Homeland among her casting credits 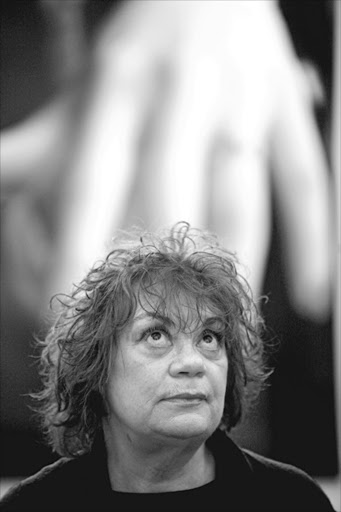 SA casting director and agent Moonyeenn Lee made the careers of many actors.
Image: Supplied

SA casting director and agent Moonyeenn Lee has died in Johannesburg due to complications caused by the coronavirus, her company announced on Sunday.

Lee, who was born in Johannesburg in 1944, died on Saturday.

“Moonyeenn helped shape the lives of many actors, directors and writers through her fierce honesty and passion. The SA film industry has lost an icon and a formidable champion of the arts. She will be sorely missed by us all,” Moonyeenn Lee Associates (MLA SA) said in a statement.

Her 47 years in the film industry earned her a formidable reputation.

MLA said she managed the casting of films such as The Bang Bang Club, Disgrace, the Oscar-winning Tsotsi, Fanie Fourie’s Lobola, the Oscar-nominated Mandela: Long Walk To Freedom, Hotel Rwanda, Blood Diamond; the Oscar-shortlisted Black Panther and Life, Above All.

She also managed the casting of Golden Globe nominees Machine Gun Preacher and Mandela and De Klerk; and Emmy-winning series like Homeland. Lee was nominated for two Emmy Awards for The Looming Tower and Roots.

She is survived by her daughter Cindy Lee, her son David Lee and her pets, Hitchcock, Eva and Spice.

Her mother was an actress, and her name comes from an MGM movie called Smilin' Through which was awarded the Academy Award for best picture in 1932.

The Commercial Producers Association of SA said it was “very sad to learn of the passing of legendary agent and casting director Moonyeenn Lee. A great loss to the SA film industry! Our condolences go to Cindy, David and family and to all at MLA SA.”

Penguin Films conveyed its deepest condolences to Lee's family. The company's Roberta Durrant posted on Facebook: “I got to know Moonyeenn four decades ago when she first represented me as an actress and then worked closely with her ever since, as she represented the amazing talent in our industry.

“She has launched so many careers and has been a guiding light for our industry, not only locally, but internationally as well. Moonyeenn will be deeply missed by all.”

Actress Thandiwe Gaobepe shared: “Wow, so very sorry to her loved ones for this great loss. She auditioned me once upon a time and I remember how excited I was to be interviewed by such a legend in her field. She lived such a remarkable life and built such a grand legacy. May her soul rest in peace.”

In an interview with the Sunday Times in 2016, Lee said she felt she had been lucky to work with top directors and scriptwriters.

“A standout movie for me was Oliver Schmitz's Life, Above All. I said to Oliver, you go and find the location and I will find the children,” she said.

She was regarded as the actors' friend and remained fiercely loyal to SA actors who she felt sometimes got a raw deal.

Lee represented some of SA’s best-known actors through her company MLA.

In 2003, she was nominated to the national executive committee of the Independent Producers' Organisation and to the film board of Create South Africa. In the same year, she formed Khulisa Productions to make SA films.

The first film produced by Khulisa was Promised Land.

Her company said she would travel about the world introducing producers and directors to SA actors.

“She would always do everything in her power to convince them to rather cast local actors over foreign actors. Her dedication eventually paid off as many international productions trusted her to cast locally.”

MLA said she cared deeply for actors and was a fearless defender of their rights. It said work was central in her life.

“Her actors were her family. The directors and producers she worked with were all her friends.”

Queen of South African casting Moonyeenn Lee is among the record-breaking 683 film professionals invited to become members of the Academy of Motion ...
News
5 years ago

I COLLECT Moonyeenn Lee from her office in Rosebank, Johannesburg, and drive with her into town with the frivolous notion of visiting one of the ...
Lifestyle
12 years ago