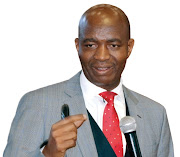 Image: Sunday Times File Director-general of the department of basic education Mathanzima Mweli has submitted an affidavit outlining what the department has done to comply with a court order to ensure school feeding continues.

The National School Nutrition Programme (NSNP) is ready to implement on a full scale but due to fears of Covid-19, parents are not allowing pupils to collect the meals.

Long distances from schools also prevent pupils from coming to school to collect the meals and this affects the number of pupils benefiting from the programme.

These submissions are contained in an affidavit filed by department of basic education director-general Mathanzima Mweli in compliance with a judgment passed by the high court in Pretoria on July 22.

The court declared that basic education minister Angie Motshekga was under a legal duty to ensure that the NSNP provides a daily meal to all qualifying pupils, whether they are attending school or studying away from school as a result of the Covid-19 pandemic.

The court also ordered that the minister and eight education MECs, excluding the Western Cape, to file reports showing what they have done to ensure that children benefit under the scheme.

Motshekga was ordered to file reports with the court setting out the steps she has taken to give effect to this order.

No relief was sought against the MEC of the Western Cape, because the provincial government had publicly committed to immediately provide a daily meal to all qualifying pupils.

In his report to the court and to Equal Education and two schools which brought the application — dated August 7 — Mweli said provinces were required to submit statistics on pupils who are receiving meals from July 20.

KwaZulu-Natal did not specify the actual number of pupils fed but reflected the distribution  of meals. The province said it distributed 2.3 million meals during that period.

Gauteng mentioned that 117,849 pupils received meals and no challenges were reported.

In Mpumalanga, 700,586 pupils received meals. The province noted that not all pupils came for feeding or collection of pre-packed food parcels.

Limpopo also reflected the distribution of 1,595,165 meals during this period but not the number of pupils fed. The province said there were schools that were preparing food for pupils, however parents were not bringing children to school.

Northern Cape recorded 17,028 pupils receiving meals, but the data was only for August 5.

In its report, the Free State said social distancing was a challenge when pupils collected their meals, some came to school without wearing face masks, there was no feeding in some schools due to lack of water and there was a constant closing of schools due to Covid-19 cases.

The Eastern Cape did not submit any data on pupils who received meals.