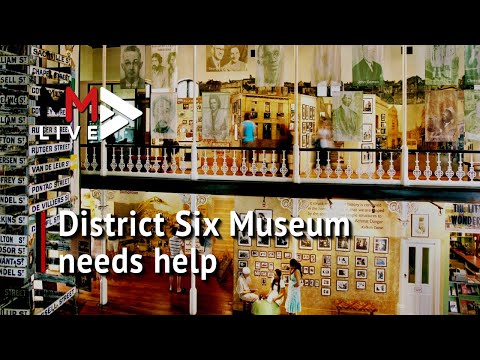 The renowned District Six Museum in Cape Town, commemorating the forced evictions of District Six residents during apartheid, is in danger of shutting its doors.

“The lack of feet through the door has affected us,” says acting director Chrischené Julius. We no longer have the operational funds to sustain staff salaries and administrative expenses.”

Julius says the museum receives funds from the government, but this does not cover operational costs.

“We went from hosting more than 69,000 self-guided visits and 7,500 guided visits to zero visitors to the museum since the announcement of the lockdown in March,” she says.

To prevent closing the doors, the museum has sent out a fundraising e-mail asking friends and community members for support:

“We urgently need your support and solidarity. When District Sixers were handed their eviction notices, in true District Six fashion they renamed these notices ‘Love Letters’. We are asking you to send us a Love Letter, but this time, with real love and care,” reads the e-mail.

The fundraising e-mail can be found here.

Image: Anthony Molyneaux Chrischené Julius, acting director of the District Six Museum in Cape Town, says no-one has visited the facility since the lockdown was implemented at the end of March.

Julius believes the younger generation will be robbed of essential history and understanding if the museum has to close.

“When younger children visit the museum, they assume that where they live now — in Mitchells Plain, Gugulethu and the Cape Flats — is where their family has always lived in Cape Town. Young people have an epiphany when they are at the museum by realising where they live now is because of a policy of forced removals,” says Julius.