Shaninlea Visser lost her hands, feet, nose and lips after being bitten by a mongoose 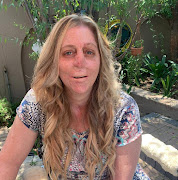 Image: Supplied Despite the trauma and tragedy that Shaninlea Visser endured, the sepsis survivor turned talk-show host remains positive and believes that “can’t” isn’t a word.

The story of Shaninlea Visser touched people's hearts when she lost her hands, feet, nose, lips and tip of her tongue to sepsis after she was bitten by a mongoose in 2017.

The KwaZulu-Natal mother, who has a teenage daughter, collapsed two days after being bitten while at her daughter's school function. She felt like her hands and feet were on fire.

She was taken to hospital and put into a two-week coma while doctors carried out the amputation of her limbs.

Four years later not only has she made a miraculous recovery from what was supposed to be a fatal infection — surviving at least 66 reconstructive surgeries — she has bounced back into public life, not to tell her story, but to help others who faced similar life adversities share their stories and motivate others.

This week the 37-year-old quadruple amputee released a short documentary about her life, and also premiered the first episode of her own inspiring talk show, The Shan Show, where she interviewed Costa Carastavrakis, a man who went from being addicted to crystal meth (tik) to a successful author, comedian, actor, and motivational speaker.

From a young age Carastavrakis battled addiction to cigarettes, alcohol and later drugs.  Brought to his knees by a crippling drug addiction he eventually found a path of recovery. With it came a new quest: to create the best version of himself.

Through constantly renewed health goals and small daily improvements, he transformed himself into an athlete, writer, and speaker with a purpose. His first book, I am Costa: From Meth to Marathons, will be available later this year and is a memoir on personal health and transformation.

Despite the trauma and tragedy that she endured, Visser remains positive and believes that “can’t” isn’t a word. In the creation of the documentary she wants to share her story, and build a “platform where people can share their incredible stories, motivate and inspire other people”. In the show, which will be aired on various internet platforms, Visser interviews people who have turned their trauma into positives and who, like herself, have overcome adversity and use their life stories as a testament to inspire others.

Season one of The Shan Show will include Shannon Martins, a SA swimming star who lost her right leg in a freak accident at the age of two, after a ceramic water fountain toppled onto her and damaged the main artery in her right leg. The show will feature:

To view her documentary and the first episode of the show visit: