By Emile Bosch and Orrin Singh 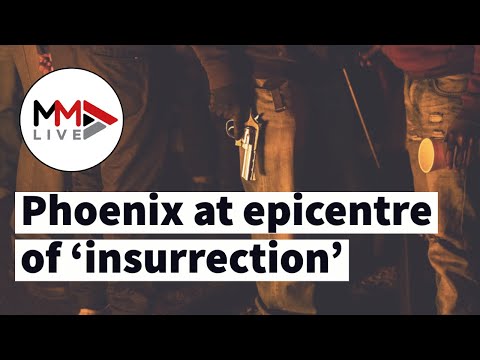 Residents in Phoenix, north of Durban, took up arms to protect their families and community after violence and looting gripped areas in KwaZulu-Natal and Gauteng.

Suspected looters were allegedly shot by residents manning barricades at almost every intersection in Phoenix.

Illuminated by fires that litter streets in the area, one community member, who did not want to be named, brandished a revolver while saying, “If you are looting, we are shooting”.

According to Blessing Nyuswa, a Bhambayi community leader, at least five people from their area had been killed in Phoenix.

Fake news, vigilantism and a lack of police presence stoked racial tension in the area and at least 20 people were killed during the violence.

Through the eyes of members of the Phoenix and Bhambayi informal settlement communities, Times Live takes a look inside the epicentre of what President Cyril Ramaphosa called SA’s unrest “insurrection”.