18-year-old Sazi Bongwe from Oaklands, Johannesburg, received confirmation of his admission to the Ivy League institution on Friday morning. 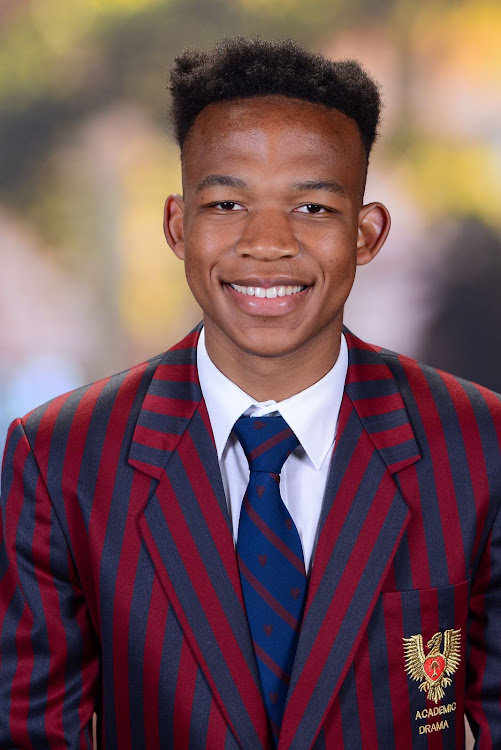 The headboy of St John’s College in Johannesburg, Sazi Bongwe, will be packing his bags for the US after being accepted to study at the prestigious Harvard University.

The 18-year-old from Oaklands in Johannesburg received confirmation of his admission to the Ivy League institution in the early hours of Friday morning.

According to the Times Higher Education World University Rankings 2022, Harvard University and the California Institute of Technology are both ranked second among the top universities in the world.

Bongwe, who achieved distinctions in all nine subjects in the matric preliminary exams, has qualified for a “need-based financial aid” programme from Harvard.

He said that according to this programme, his parents will declare their financials and Harvard “will make a judgment of how much aid they need to grant us to cover what can’t be paid by us”.

“I have yet to review the financial aid documents with my parents,” he said.

Three alumni of St John’s have previously been chosen to study at Harvard, including Siyabulela Xuza, who is a top scientist and has an asteroid named after him. Xuza, who matriculated in 2007, was also awarded the Order of Mapungubwe.

The other two former pupils are Nick Brinkmann and Rheede Erasmus, who completed matric in 2017.

Bongwe, who is confident of bagging distinctions in his nine subjects in the matric exams, said it was “a rare honour” to be chosen to study at Harvard.

“As someone who often struggles to say this, I am proud of myself. A lot went into this and it all feels worth it. But this achievement isn’t mine alone. I’m deeply grateful to everybody who has been a part of this, my family most of all,” he said.

An avid reader who also writes occasionally, Bongwe said: “I’m just so excited for this next chapter and what it holds for me.”

He said one of his reasons for applying to Harvard was that it “offers really good financial aid”, adding: “Accessing that financial aid was a very big part of my application.

“More significantly was the academics. For many of the degrees within the social sciences, particularly the three I listed, Harvard is, if not the best, then one of the best, in those spaces.”

There’s a very big sense of a genuine, close-knit community. You have people who are very passionate about what they do

His intended areas of study include social studies, applied maths/economics or government.

“I wanted to find myself in the most challenging and rigorous but also most valuable academic space I could find myself in and Harvard is that space, which makes me very excited.”

Said Bongwe: “When you are doing your studying, it’s very interdisciplinary and you have a lot of chance and freedom to choose your own courses and to craft your education and that’s an opportunity I really relish.

“There’s a very big sense of a genuine, close-knit community. You have people who are very passionate about what they do.”

He said that Ivy League universities were viewed as unattainable “but we can realise those ambitions”.

His parents Stanley and Nomfundo Bongwe said: “We are extremely proud of his latest achievement, because we created an opportunity for him to realise his potential, and he took it upon himself to make full use of it. He deserves to be at Harvard and the credit should go to him.”

William R Fitzsimmons, dean of admissions and financial aid at Harvard, said the committee on admissions voted to offer Bongwe admission “because we believe you will make important contributions to others during your college years and beyond”.

“Your academic, extra-curricular, and personal strengths will enable you to access the remarkable opportunities available across the university while adding to the vibrant student life in Harvard Yard and the Harvard Houses”.

“Through his strong and inclusive leadership, we have witnessed his committed drive for systemic and sustainable change and his willingness as head of school to initiate and lead processes that would deliver that change.”

He said Bongwe “has the ability to learn, mature and gain the skills and experience through his transformative Harvard journey that will see him make his indelible mark on the national and global stage for the good of his country”.

Matric pupils at Fish Hoek High School have marked the end of their final examinations with a goodwill gesture: donating their school shoes.
News
6 months ago

Makeshift beds, shabby toilets, load-shedding — but these matrics won’t give up

Pupils at Eastern Cape school are determined to achieve good exam results, despite the appalling conditions they live and study in
News
7 months ago