Murdered man's wife 'too scared to return to SA from Zimbabwe' 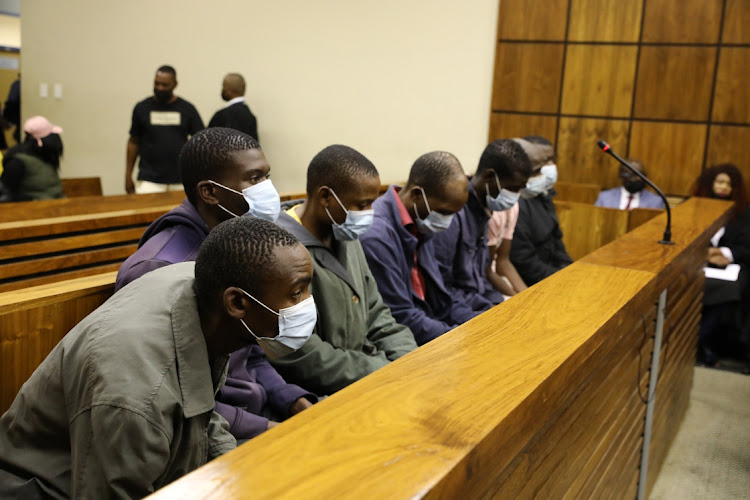 The seven accused in the dock on May 13 2022. The suspects allegedly killed Elvis Nyathi in Diepsloot.
Image: Thapelo Morebudi/Sunday Times

Ndlovu said Nyathi's family would be very disappointed, since they perceived SA as a country that recognises human rights.

“We don’t understand why the court decides to give bail to people who [allegedly] killed someone in a brutal way. As the family we are scared,” Ndlovu told TimesLIVE after the proceedings were adjourned at the Randburg magistrate's court.

He alleged that witnesses who were also attacked during the mob violence and had identified the accused are at home in Zimbabwe and are scared to return to SA.

Nyathi's widow was also too scared to return to SA, despite being needed to identify her husband's killers, Ndlovu said.

Suspects accused of murdering Elvis Nyathi released on bail of R3,000 each

Seven people accused of murdering Zimbabwean national Elvis Nyathi in Diepsloot, Johannesburg, were released on R3,000 bail each on Friday.
News
6 days ago

Nyathi was assaulted and burnt in April when some residents from Diepsloot, north of Johannesburg, embarked on alleged acts of vigilantism, attacking Zimbabwean nationals.

Residents accused the Zimbabweans nationals of committing crime in the area. They allegedly robbed some of the victims of their belongings and demanded money from their relatives in exchange for the release of those they held in captivity.

Ndlovu spoke of his family's helplessness after Nyathi's killing.

“There isn’t much that we can do, but even other family members who stay there are always scared to attend court proceedings. They don’t want to be spotted by family members of the accused. We just hope they will be safe,” said Ndlovu. 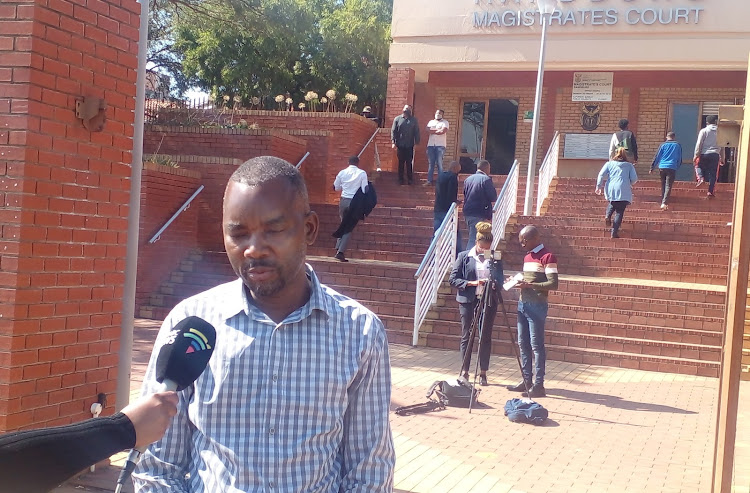 State prosecutor Dinesh Nandkisoor opposed bail. He submitted an affidavit from the investigating officer stating that if the accused were released on bail there was a likelihood they would endanger the safety of the public, attempt to evade trial, influence or intimidate witnesses and their release would jeopardise the functioning of the criminal justice system.

The court, however, granted them bail.

NPA regional spokesperson Phindi Mjonondwane said they accepted and respected the decision of the court.

“The court ruled that the accused were suitable candidates to be admitted to bail, taking into consideration their right to be presumed innocent until proven guilty as well as that bail serves to secure the court attendance by the accused,” she said.

When magistrate Hleziphi Mkhasibe delivered the judgment on the bail application, she said the state didn’t demonstrate the role of each accused in the commission of a crime.

Their case was postponed to July 7.

WATCH | The man killed in Diepsloot was a father of four. His name is Elvis Nyathi and this is his story

Elvis Nyathi, a 43-year-old Zimbabwean, was killed in a mob attack in Diepsloot on Wednesday night after a day of protest against crime and poor ...
News
1 month ago

The wife and four children of Mbodazwe Banajo “Elvis” Nyathi, who was brutally killed in a xenophobic attack, are reeling from the shock, while other ...
News
1 month ago

Is SA xenophobic, and why are Zimbabweans rejected?: experts discuss

The deteriorating economic and political situation in Zimbabwe since the early 2000s has led to the permanent migration to SA of a large group of ...
News
3 weeks ago