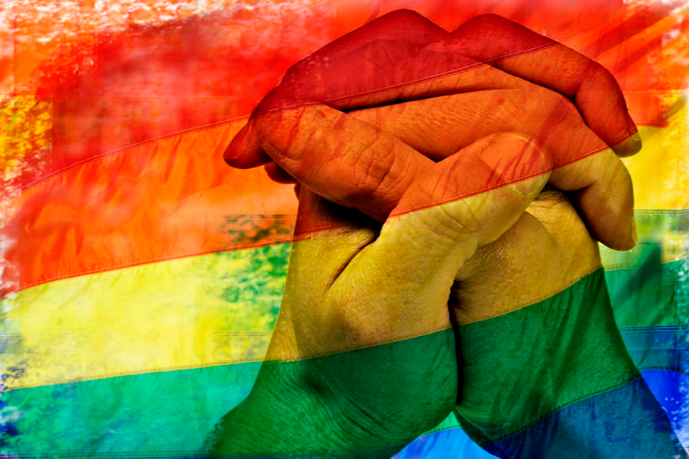 This is according to the latest LGBTQ+ Travel Safety Index created by Asher & Lyric, a family and travel journalism blog and news source that has ranked 203 countries and examined LGBTQ+ rights for each of them. The index is based on 10 ranking factors:

SA ranked in the top 50 countries throughout the world and also emerged as the safest in Africa. It was awarded a B grade as the 21st safest country in the world on the list. 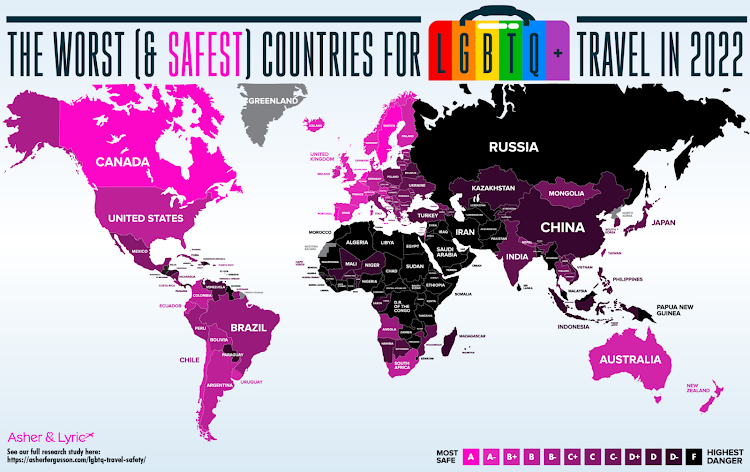 Map of the worst and safest countries for LGBTQ+ travellers
Image: Asher&Lyric

Nigeria emerged as the worst country in Africa and ranked as the second-most dangerous country on the index, as homosexuality can receive 14 years in prison or the death penalty and authorities have criminalised discussion of LGBTQ+ rights and gender expression.

According to the index, Brunei is the most dangerous country for LGBTQ+ travellers, while Canada, Sweden, the Netherlands, Malta, Portugal and the UK are among the safest.

“Being born this way can be rough, but one thing should not give you anxiety when you’re trans, bi, lesbian, queer, or gay: travel. Europe, North America, Oceania, Africa, Asia and South America all have LGBTQ-safe countries where it’s OK to just be you,” said Asher and Lyric Fergusson, who compiled the index.

As Tanzania intensifies its anti-gay campaign, we look at other African countries where homosexuality is a crime.
News
3 years ago

“These are some of the best places for LGBTQ+ travel enthusiasts to go, where queer and trans individuals have important basic rights and protections like marriage equality, constitutional protections and hate-crime punishments for targeted violence.

“By looking at the legal rights of each country, we found these top 50 LGBTQ-friendly countries, which often serve as the top gay vacation destinations for travellers the world over.

“Instead of relying on hearsay and anecdotes from other travellers, we took a deep look at LGBTQ+ rights, country by country. After 350+ hours of research, we’ve reviewed all countries’ individual laws and gathered data from a variety of trusted international sources to create the definitive LGBTQ+ Travel Safety Index.”

‘Much remains to be done’: Greece tries to go the distance on LGBTQ+ rights

It last month banned so-called conversion therapy for minors, a small but significant step in a long journey
Lifestyle
2 months ago

Former Mpuma Kapa TV resident pastor and founder of the God is Love Ministry Luthando Matodlana has been sentenced to seven years’ imprisonment for ...
News
2 months ago

Gay and transgender rights are going backwards in parts of the world, Britain's first special envoy on LGBT Rights has warned, as Hungary implements ...
News
4 months ago