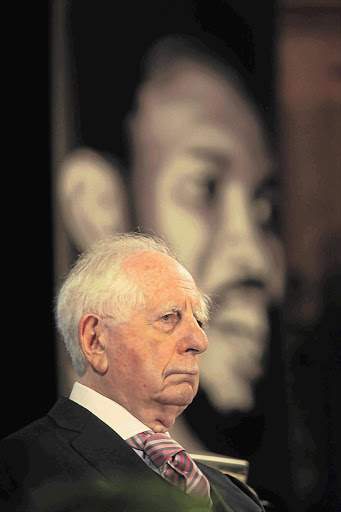 Sir Sydney Kentridge, who represented Steve Biko's family during the inquest into his death, has warned against laws that could stifle media freedom.

This comes against the backdrop of the government's Protection of State Information Bill currently before parliament.

Kentridge addressed a packed audience at the 12th annual Steve Biko Memorial Lecture last night at the University of Cape Town, where he reiterated his quest to get to the bottom of the black consciousness leader's death.

"It is a truism that a free, independent and critical press is essential to the rule of law," said Kentridge.

"So, first I would to say: beware of any law which seeks to regulate the press. Statutory regulation, however reasonable it may look, will inevitably stifle both reporting and comment."

Kentridge was the lead counsel who represented the Biko family at the inquest into his death in 1977. He also represented three of South Africa's Nobel Peace prize winners - Chief Albert Luthuli, former president Nelson Mandela and Archbishop Emeritus Desmond Tutu.

Kentridge's sentiments were echoed by University of Cape Town's vice-chancellor, Dr Max Price, who said the truth about Biko's death would not have been known under the current bill.

"This bill also affects academics. Researchers often work with classified material, contemporary or archival. They used to sign confidential agreements to access such information. But they find things there that ought to be exposed. The confidential requirements they sign do not require that they conceal criminal activities."

He said the scope of the bill had been significantly narrowed, but it still did not accommodate the public interest defence.

Price said he would on Saturday join a march in Cape Town, under the Right to Know Campaign banner, to further demand amendments to the bill to protect whistle-blowers.

Kentridge said the extension of the Official Secrets Act beyond its traditional scope of protecting military secrets was "more dangerous".