15 allegations (some of them facts) against the Guptas 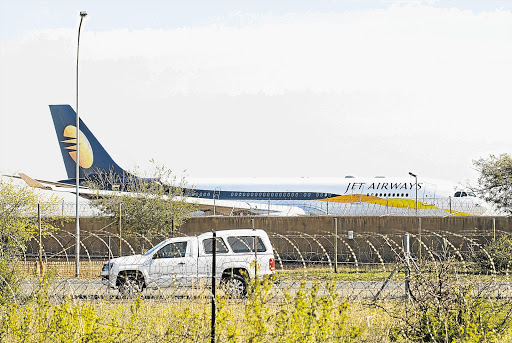 The Guptas have been dominating the headlines for some weeks now. Here are 15 allegations made about the family‚ some of them actually facts:

1. The Guptas landed their helicopter at Zoo Lake‚ and tried to get official permission to do this on a regular basis‚ so that they could easily navigate their way to their compound in nearby Saxonwold.

2. In April 2013 the family landed a chartered jet carrying 217 wedding guests at Waterkloof Air Force Base‚ a national keypoint‚ with apparent authorisation from the relevant authorities. The 217 passengers were then transported by light aircraft‚ helicopters or in police-escorted vehicles to attend the lavish wedding at Sun City.

4. Allegations of racism and sexual assault of staff at Sun City‚ where the event was held‚ emerged in reports about the wedding. Black waiters were told to wash before touching plates. The Guptas later issued an apology to the authorities‚ the public and their guests.

5. The brothers attempted to get the government to give them diplomatic passports becuase‚ they said‚ they frequently accompanied President Jacob Zuma on his travels.

6. The Guptas allegedly monopolised Zuma’s time during his first state visit to India in June 2010. Reports say the Guptas acted as gatekeepers for Zuma on the trip. One commentator said Zuma made it clear that interested investors had to go through the Guptas‚ prompting several high-powered businessmen to leave in disgust. “It was clear that the family wanted to use Zuma to establish connections for themselves‚” a businessperson told the M&G at the time.

7. Ajay Gupta‚ who sat on the International Marketing Council board (now Brand SA) allegedly told board members at a 2010 meting that his office and not the council - the body tasked with marketing South Africa internationally - would handle all matters relating to Zuma's state visit to India in June of that year.

8. The Guptas are alleged to have tried to force officials into channeling advertising towards their newspaper‚ The New Age. In December 2010‚ Ajay Gupta allegedly summoned the then CEO of the Government Communication and Information Systems and government spokesman Themba Maseko to the family's Saxonwold‚ Johannesburg‚ "Sahara Estate"‚ where he demanded that the entire R600-million government advertising budget be redirected to The New Age‚ through GCIS. Maseko refused. Two months later‚ he was removed as CEO.

9. The Guptas allegedly ordered then Transport Minister Ben Martins to fire the board of the Passenger Rail Agency of South Africa and its CEO‚ Lucky Montana. Prasa was set to oversee a R137-billion railway revitalisation programme. Montana is said to have angered the family when he awarded a tender to build new trains to a rival company.

10. The Guptas allegedly wanted the Airports Company of SA to take a R950‚000-a-month subscription to The New Age to be distributed at airports.

11. Officials in the Department of Cooperative Governance spent a combined R1.8-million on adverts in The New Age and on booking tables for the newspaper's "business breakfast briefings" without following procurement procedures.

12. Former SAA chairperson Vuyisile Kona was allegedly offered R500 000 by Rajesh “Tony” Gupta after being invited to a meeting at the Gupta’s Saxonwold home by one of Malusi Gigaba’s special advisors‚ Siyabonga Mahlangu.

14. Democratic Alliance leader Helen Zille distanced herself from the Guptas after it emerged that the DA was given a R200000 donation by a senior executive in one of the Guptas’ companies.

15. Oakbay Resources and Energy is the Guptas’ primary investment vehicle. Its largest asset is the Shiva uranium mine outside Klerksdorp in North West. It has been reported that if the company does not secure a deal to supply the government with uranium for nuclear electricity generating plants‚ the company will be bankrupted.