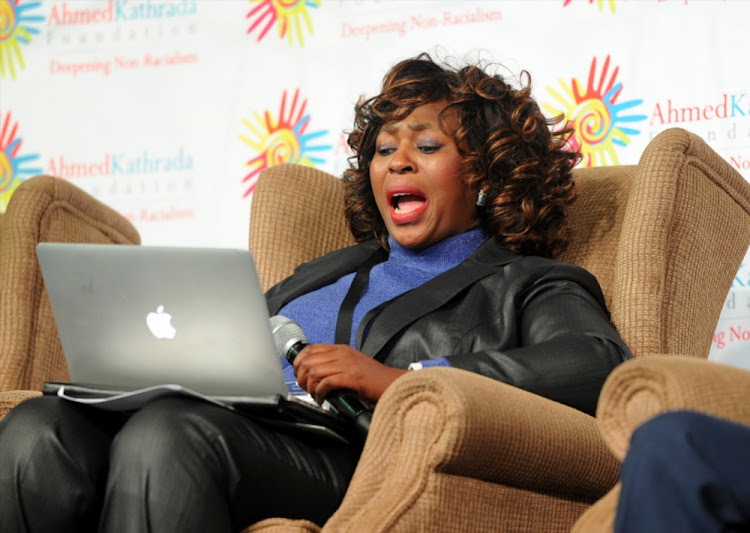 Political activist Makhosi Khoza is the belle of the political ball.

The former ANC MP‚ who received death threats and resigned from the party last month‚ is being courted and wooed by political parties and civil organisations.

Khoza told TimesLive on Monday - after she canvassed public opinion on forming a new political party on Facebook on Sunday - that she was receiving requests and invites to join various organisations but that she didn't always share the same school of thought.

"I have met with a range of organisations from the North West to Pietermaritzburg and also a number of activists. I am still considering my options so I wanted to test the views on a modern platform about the appetite for a new political party on Facebook.

Former ANC MP Makhosi Khoza hinted at her political future when she canvassed social media opinion on Sunday about support for a new political party.
Politics
4 years ago

"There were a lot of yes's‚ a lot of no's and many calls for me to join the EFF. Really? Be serious‚ can you imagine me joining the EFF? I am not a communist‚ I don't support nationalisation and I don't share their perspective on land issues. The last thing I want to do is compromise social unity."

Khoza said that while she appreciated advice that new political parties wouldn't succeed‚ she didn't share the views that she would end up like political parties such as Agang‚ who disappeared‚ or even Cope‚ who haven't managed to garner a formidable support base.

"I think it's like a small business‚ there are a few successful ones because of what you put into it… or it's like finishing the Comrades‚ you shouldn't be judging me by what you failed to do. I will take the lessons and improve on that. "

She said that while there was nothing necessarily wrong with the DA's policies‚ any party linked to the previous dispensation had problems with transition - including the ANC.

"That's the problem with the ANC. It has struggled with the transition from being an underground party to now operating with accountability and transparency. Many people suggested that I should return to the ANC. When I left the ANC‚ I applied my mind. There is no way to rescue the ANC without signing a pact with the devil."

She said she was talking to potential funders and that she would only apply her mind once due diligence had been conducted.

"When I am ready to make an announcement‚ I will let you know. For now‚ I am just testing the appetites of young people because in the next elections‚ it will be these registered voters who count."