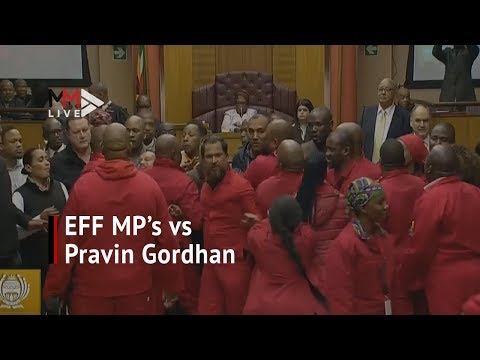 There was a tense stand-off in parliament on Thursday when EFF MPs approached the podium in an attempt to prevent public enterprises minister Pravin Gordhan from delivering his department's budget speech.

Gordhan, however, was not moved, daring them to "try touch me".

The MPs were then ejected from parliament and Gordhan delivered his speech.