Image: Ntswe Mokoena, GCIS. Head of the investigations directorate Hermione Cronje (left) and National Director of Public Prosecutions Shamila Batohi at a media briefing at the NPA head office in Silverton, Pretoria, on May 24 2019.

Opposition MPs' patience with the National Prosecuting Authority appears to be wearing thin, as they lashed out at the authority's slow pace in prosecuting crimes related to state capture and corruption.

Since the appointment of Shamila Batohi as the national director of public prosecutions, interactions between MPs who sit in parliament's justice portfolio committee and the NPA have been cordial, with MPs largely showing leniency and understanding of the problems within the entity.

But during Thursday's debate on the department of justice's budget, DA MP Glynnis Breytenbach led the charge, saying justice minister Ronald Lamola had failed to live up to the promises he made when he took office last year.

“It is with a sense of immense honour that we are here today to present the budget. Part of the mandate of this budget, among others, is to fight corruption and ensure that justice is not only done, but also seen to be done,” said Lamola in delivering his maiden budget speech in July last year.

But during Thursday's debate, Breytenbach said: “Little has come of this commitment to the rule of law.”

She said that to uphold the rule of law there has to be an independent prosecuting authority, properly resourced in every fashion, to enable effective and efficient prosecutions and to enforce accountability for breaking the law.

Breytenbach said despite the appointment of Batohi - which the DA had applauded, and still do - they have seen slow or no progress, largely due to a woefully inadequate budget, and lack of resources, human and otherwise.

“The NPA remains bogged down in the mess left after state capture, and will never be able to function at the level required while it remains under-resourced,” she said.

Batohi has previously told the justice portfolio committee that the NPA does not have the capacity to prosecute complex state capture cases.

Breytenbach noted that the Investigative Directorate, which was established to prosecute cases from the state capture commission, is yet to prosecute a single case.

“We have seen a couple of arrests, which is encouraging, but not of any 'big fish'. By their own admission, the Investigative Directorate have gone back to the drawing board, and don’t expect to have any prosecutions in court within the next three years.

"Bearing in mind that it has a lifespan of only five years, that will mean that they will have done no prosecutions at all,” the DA MP said.

She said all their work would simply be reabsorbed into the Specialised Commercial Crime Unit of the NPA and have to be done by other prosecutors.

“It would have been better, then, to leave them to it in the first place,” said Breytenbach. 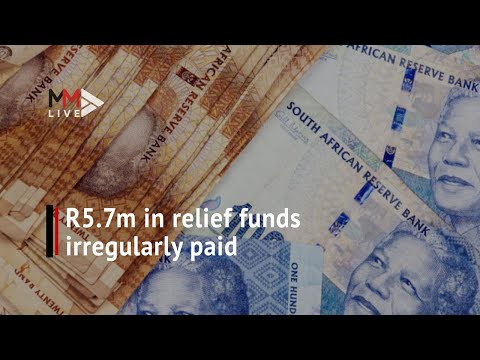 Ndlozi said the Covid-19 pandemic has become manna from heaven for crooked politicians.

“It is doubtful that the NPA will have any teeth on this, because their inaction with high profile politicians makes them not to be feared by anyone,” he said.

Complaining about lack of capacity or skills was a cop-out by the prosecuting authority, he said.

The African Christian Democratic Party's Steve Swart noted a need for additional resources to address the NPA’s capacity challenges, which he said, constrain its ability to successfully pursue prosecutions.

He said his party supported the NPA in its “corruption busting” role and that it noted Batohi's comments that the Asset Forfeiture Unit had been undermined by a lack of capacity and resources.

“This must be given urgent attention, given its key role in freezing assets and the recovery of stolen state funds,” he said.

He commended the unit for the speedy action to arrest suspects and freeze 28 bank accounts after the theft of R5.7m in UIF funds meant for 14,000 workers recently.

“This illustrates how quickly steps can be taken,” he said.

In his speech, Lamola acknowledged that state institutions like the NPA needed to have the capability to tackle any case in which public resources have been diverted for the benefit of individuals at the expense of our society, especially the poor.

“If individuals in positions of authority and great responsibility derail our path to social justice by stealing that which was intended to reconstruct South Africa, our justice system must be able to respond adequately, with certainty and with celerity,” he said.

“We are working to rebuild the NPA to be an effective, efficient and ethical prosecutorial organisation that prosecutes without fear, favour or prejudice,” Lamola added.

He said the agency was beginning to fill key vacancies at leadership level and would be filling more vacancies across the board. These appointments were essential for the efficient functioning and rebuilding of the NPA, he said.

In the last financial year, the authority secured an increase of 17.8% in the number of people convicted of either public and/or private sector corruption.

During this period, a 94% conviction rate was obtained through the finalisation of 422 cases with a verdict and convictions of 416 people. Work on other high profile cases involving complex commercial crimes is continuing, he said.