On Monday, during an interview on Newzroom Afrika, Zulu revealed that she had just “learnt a new word” — filicide — and she talked viewers through what she thought the word meant.

The interview took place just days before the launch of the 16 Days of Activism campaign, where she urged South Africans to take a stand against women abuse.

“Today I learnt a new word, it’s ‘filicide’. It’s the killing of women and girls. It’s got a name. I didn’t know it had a name,” said Zulu. 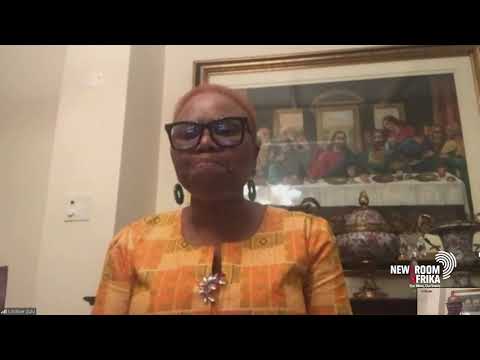 What is filicide and what does it actually mean?

The term does not mean what Zulu said it does. Filicide is the act of killing one’s son or daughter. It is a specific term referring to parents who murder their children under the age of 18 years.

According to the National Center for Biotechnology Information (NCBI), filicide can be committed by both men and women, however far less literature exists on paternal filicide than maternal filicide.

It is not clear whether Zulu was thinking of the term femicide, which means the killing of a woman or girl, in particular by a man and on account of her gender.

However, Zulu's confidence to share the word quickly became a joke on social media.

Among those poking fun at the minister was EFF leader Julius Malema, who simply wrote: “Eish, Ginger.”

Filicide does exist but it's the killing of one's son or daughter, these guys are not fit to govern pic.twitter.com/YN5cPL9yMH

A whole Minister of Social Development pretending to know about filicide. pic.twitter.com/ZK4LORV65O