By Amanda Khoza and Sabelo Skiti

Mkhize told Ramaphosa of his intention to take on the Special Investigating Unit by subjecting the corruption-busting unit's report to a judicial review.

In his resignation letter, seen by TimesLIVE, Mkhize accused the SIU of having had a predetermined outcome and a closed mind in its investigation into the R150m Digital Vibes contract.

Mkhize accused the SIU of having proceeded with the investigation unfairly and having crafted a flawed and unfounded report.

In a letter dated August 5, which has been seen by TimesLIVE, Mkhize requested that Ramaphosa allow him to step down “to bring certainty and stability to this important portfolio”. 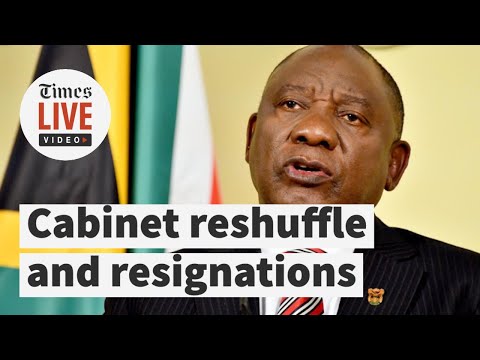 The embattled minister tendered his resignation earlier after a three-hour meeting in Durban on Wednesday with one of the president's emissaries.

Mkhize was placed on special leave in June after revelations that his family and close associates benefited from the allegedly irregular Digital Vibes communications contract amounting to R150m.

Mkhize was widely lauded for his deft handling of the Covid-19 pandemic in SA, receiving praise at home and abroad for heeding the advice of scientists. However, his reputation was shredded after the Daily Maverick reported in February that his close associates, alleged friend Tahera Mather and his former personal assistant Naadhira Mitha, received about R150m from the department of health through a rigged communications contract awarded to Digital Vibes.

Mather is Mkhize’s long-time associate and communications adviser from his days as minister of co-operative governance and traditional affairs.

TimesLIVE has learnt that Ramaphosa's emissary also held a meeting with defence and military veterans minister Nosiviwe Mapisa-Nqakula, but this could not be corroborated at the time of publishing.