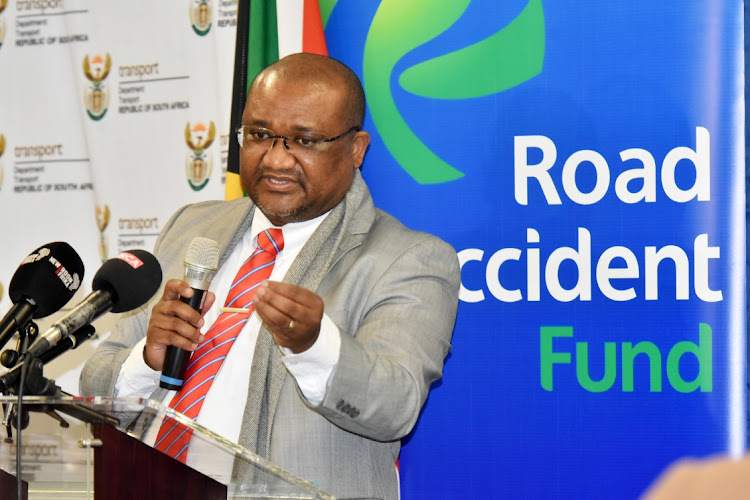 The UDM says the acting director-general of public works, Alec Moemi, has been snuck into the position via the back door.
Image: Freddy Mavunda

UDM leader Bantu Holomisa has raised questions about the appointment of Alec Moemi as acting director-general in the department of public works and infrastructure, saying the appointment seems to have been done “through the back door”.

Holomisa on Monday pointed out flaws in Moemi's appointment, saying “for starters”, the position was never advertised.

In a letter to minister in the presidency Mondli Gungubele, Holomisa said he was approached by senior members of staff in the department expressing concern at the circumstances surrounding the appointment of Alec Mokoditloa Moemi.

This was a day after the public service sector bargaining council  found that Vukela was unfairly suspended and ordered his immediate return to work.

It is understood that directors-general may be political appointments, but this seems to be an anomalous situation where a deputy director-general is brought in through the back door with the end goal of making that person a director-general in the hope that no-one notices

“We heard that on 11 April 2022 the suspended director-general, Mr Sam Vukela, was barred by the minister of public works and infrastructure from returning to work. Then on 12 April Mr Moemi was appointed acting director-general, allegedly with the view to fast-track his appointment as director-general.

“From what I have been told, the situation is adversely affecting morale within staff ranks at the department,” said Holomisa.

The party asked Gungubele to confirm or deny the allegations and to indicate if the appointments happened with the knowledge of the presidency and the public service commission.

“It is understood that the directors-general may be political appointments, but this seems to be an anomalous situation where a deputy director-general is “brought in through the back door” with the end goal of making that person a director-general in the hope that no-one notices,” said Holomisa.

TimesLIVE understands Gungubele has approached the labour court to stay the implementation of the ruling instructing Vukela to return to work.

This after the arbitrator at the bargaining council, Katlholo Wabile, ordered Gungubele and public works minister Patricia de Lille to lift the suspension after finding they committed an unlawful labour practice by suspending him beyond the 60-day prescribed period laid out in the senior management service (SMS) handbook.

Neither the spokesperson for the minister in the presidency, Nonceba Mhlauli, nor the department of public works had responded to queries at the time of publishing.

The story will be updated once their comments are received.

After winning a two-year battle to have his suspension declared unlawful and lifted, public works director-general Sam Vukela will still not be ...
Politics
1 month ago

The transport department has painted a grim picture of the state of the transport industry, which has seen state entities severely impacted by ...
Politics
1 year ago