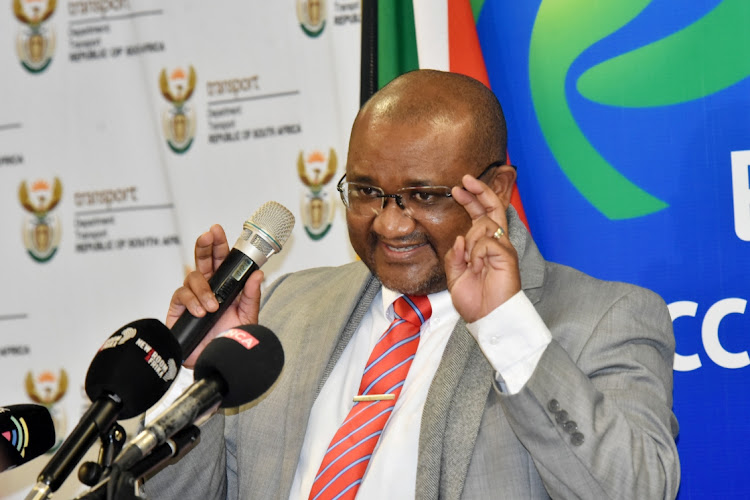 UDM leader Bantu Holomisa has raised questions about the appointment of Alec Moemi (pictured above) as acting director-general in the department of public works and infrastructure,
Image: Freddy Mavunda

Public works and infrastructure minister Patricia de Lille has poured cold water on speculation that she appointed an acting director-general through the back door.

In a letter to UDM leader Bantu Holomisa, who claimed flaws in Moemi’s appointment, De Lille denied any wrongdoing.

Holomisa alleged the appointment was done with the view to fast-track his appointment as director-general via the back door.

“From what I have been told, the situation is adversely affecting morale within staff ranks at the department,” said Holomisa.

Responding to the allegation, De Lille said the process to appoint an acting director-general was already under way when Vukela was suspended.

“The process was already unfolding when the news broke regarding the Vukela case.”

De Lille said the only things heard regarding Vukela’s disciplinary case are snippets being fed to the press.

“There are numerous aspects to the case that the general public are not privy to. Further, the suspended DG’s case has nothing to do with what is transpiring at the department,” she said.

Despite being suspended, Vukela is still the incumbent of the director-general position and his position is not being advertised or filled, said De Lille.

“The only reason why there have been individuals appointed to act in the director-general: DPWI position is because advocate Sam Vukela has been suspended. In terms of section 32 of the Public Service Act, the minister has the authority to appoint individuals at senior management service level to act in higher positions.”

The minister denied that Moemi, who served as director-general in the transport department until October last year, had changed positions within her department three times.

“Mr Moemi was appointed by the then acting director-general as the head: property management trading entity (PMTE) in the department of public works and infrastructure on a 12-month contract, external to the establishment. This position is DG-equivalent level. The head of PMTE position was vacant. Mr Moemi did not change his position in January 2022.

“The primary reason for Mr Moemi’s appointment was to address the major failures of the PMTE and for him to find practical, implementation-orientated solutions for each of the four core service delivery branches to solve their problems.”

UDM leader Bantu Holomisa has raised questions about the appointment of Alec Moemi as acting director-general in the department of public works and ...
Politics
3 weeks ago

After winning a two-year battle to have his suspension declared unlawful and lifted, public works director-general Sam Vukela will still not be ...
Politics
1 month ago