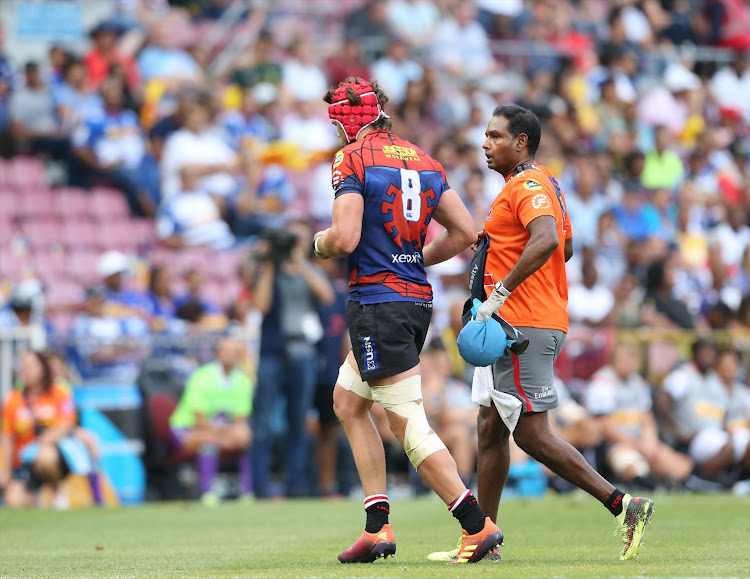 His desperate bid to regain fitness in time for the Rugby World Cup (RWC)‚ which kicks off in September‚ has reached the stage where he can’t afford to miss a target.

Whiteley‚ who turns 32 three days before the Springboks play the All Blacks in their RWC opener in Yokohama‚ knows it’s Japan or bust.

He is yet to play at the RWC.

"That is why I don’t want to think about it too much.

"It is my only shot. It is the pinnacle of a rugby player’s career.”

Emirates Airlines extend their lucrative sponsorship with the Lions

Title sponsors Emirates Airlines have extended their sponsorship with Super Rugby franchise the Lions as well as Ellis Park Stadium for a further ...
Sport
2 years ago

The Lions’ regular captain is still in rehab following a knee injury but he is still hopeful to make a return to the Test side for the clash against Argentina on August 17.

“I want to give myself a chance. Realistically it is probably that last Test match.

"Hopefully I can play a Currie Cup game before that and give myself a shot. I’m on track at the moment and it is going well‚” he said optimistically.

Even if he comes through that test with flying colours the queue for a place in the 31-man squad is getting longer as Springbok coach Rassie Erasmus casts his selection net wider.

“Jeepers. The squad is looking extremely strong if you look at the performances this past weekend. Not just in the back row‚” said the No8.

Whiteley has been consigned to the sidelines for much of the last two seasons with an assortment of orthopaedic upheaval.

Why Proudfoot says Saturday's All Blacks vs Boks showdown is important

SA and New Zealand may have their eyes on the bigger carrot of the World Cup opening game to worry about in September but for Springbok assistant ...
Sport
2 years ago

His latest misadventure came earlier this season when the Lions played the Chiefs in New Zealand. What appeared a minor injury grew significantly in scope.

“In the 78th minute I suffered a bone bruise‚" he explained.

"It was a small little hole in my cartilage. I probably came back a bit too soon and played against the Waratahs.

“I could feel it go and asked the doctor to give me something to get me through the game. Afterwards I went for a scan and that hole had doubled in size.

“The surgeon told me it is best to operate and they did a micro fracture. They clean up the excess cartilage which is like a scope.

"They then drill little holes where that gap is in your bone. Then it bleeds and that forms scar tissue and that acts like knee cartilage. It is quite amazing.”

He is still in rehab and says he’s doing as much as he can.

“My mindset is to do everything as best as I can. The rest is not up to me‚” he added.

Whiteley says that it is emotionally challenging to come to grips with one injury after the other.

“Fortunately‚ or unfortunately‚” he said with a chuckle.

“I’ve been through this before.

Boks coach Erasmus warns against the increasing hero-worship for Jantjies

Springboks coach Rassie Erasmus has warned against the increasing hero-worship and adulation for emerging scrumhalf Herschel Jantjies after his ...
Sport
2 years ago

"Mentally I know what to do and to have the right state of mind.

"I’ve never had a problem playing and not having confidence to play. Also playing at the right time is crucial because in the past I may have come back from injury too soon.”

He explained that he is running on a gravity defying ALT G machine.

“It lifts your body weight‚" he said.

"I’m on about 55 percent body weight at the moment.

“I’m not focused on anything other than what I need to do today. Or the next five minutes‚ for that matter.”