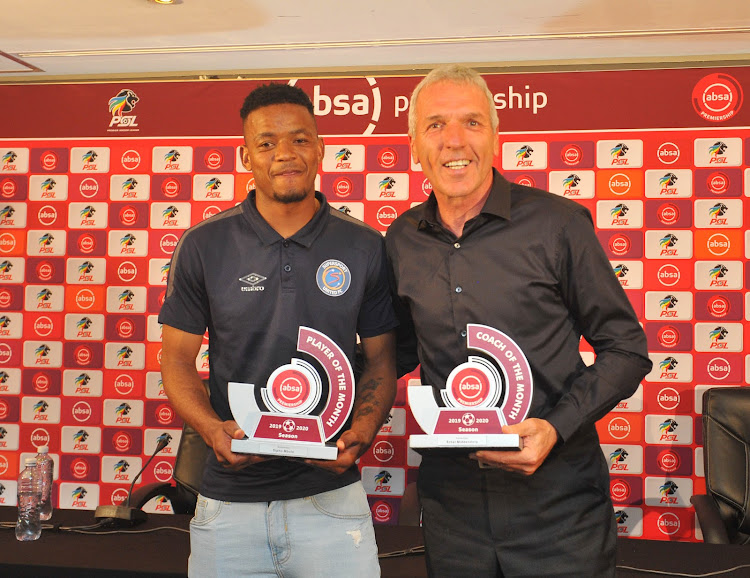 Sipho Mbule of SuperSport United and Kaizer Chiefs coach Ernst Middendorp are the PSL Player and Coach of the month respectively.
Image: BackpagePix

This for a month in which Premiership leaders Chiefs maintained a 100 percent win record.

Chiefs began November with a 2-0 win against Chippa United at Nelson Mandela Bay Stadium‚ then beat Orlando Pirates 3-2 in the Soweto derby at FNB Stadium before a 4-0 thrashing of Stellenbosch FC at Cape Town Stadium.

“His two goals in United’s away victories over Bidvest Wits and Maritzburg United helped him emerge victorious ahead of Samir Nurkovic from Chiefs‚ Knox Mutizwa of Golden Arrows and Chippa United’s William Twala‚” the PSL said in a statement on their website. 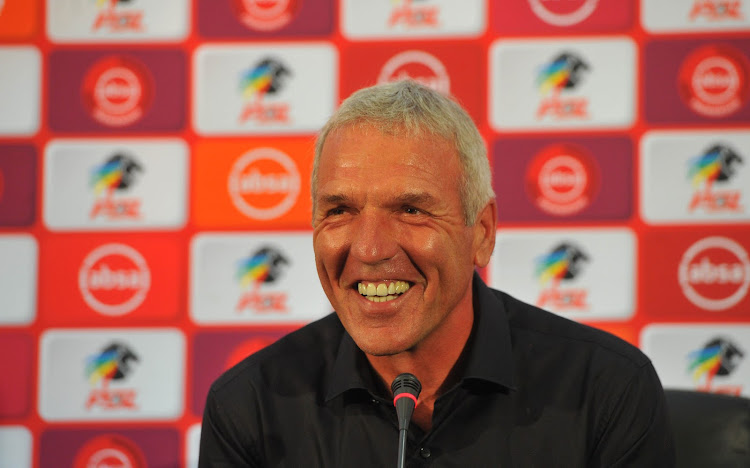 English soccer club Arsenal tried on Saturday to distance itself from the comments of its star midfielder Mesut Ozil after he posted messages on ...
Sport
1 year ago

Mpho Makola should know this week whether his appeal against his six-month ban has been successful.
Sport
1 year ago

Pitso Mosimane has excused himself from the decision to block Jerome Brockie from playing against Mamelodi Sundowns.
Sport
1 year ago
Next Article