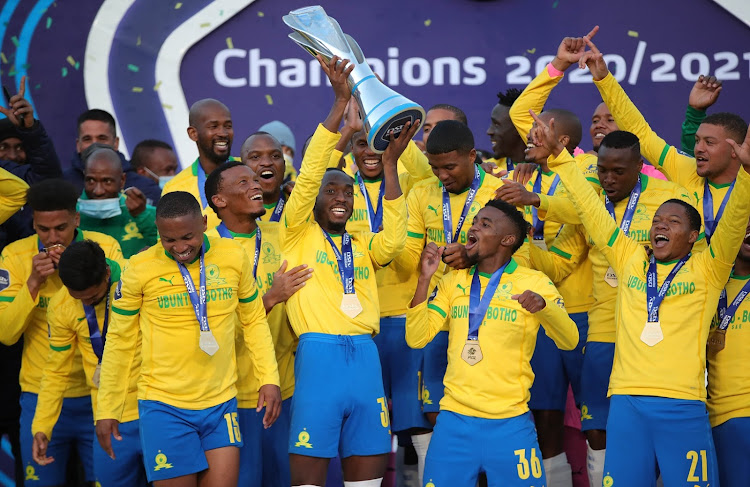 How many teams have won the league title in SA in the 25 years of Premier Soccer League football, and where are they now?

As Mamelodi Sundowns celebrate their 11th league title after their last league game against Cape Town City on Saturday, TimesLIVE looks back at all the seven teams (alphabetically) that have been crowned as SA champions in the PSL era.

Wits’ demise is one of the sorry tales in SA football. The club won the league for the first and only time in May 2017, ending a league drought of 95 years. Sadly, though, the club was sold (as a 99-year-old) to Tshakhuma Tsha Madzivhandila at the end of the 2019-20 season as their sponsors Bidvest wanted out of football. Attempts to revive Wits and move them back to the top-flight are under way after they bought the status of Motsepe League (third-tier) side Baberwa FC.

Amakhosi were regular winners of the league title in SA, winning eight before the launch of the PSL in 1996. Only four league trophies have been won in the PSL era, with the last one coming six years ago under Stuart Baxter, who is now speculated to be on his way back to Naturena to replace Gavin Hunt who was fired for poor results in the league two matches before the end of the 2020-21 campaign. It’s sad to see Chiefs players these days celebrating finishing in the top eight as they did on Saturday.

Certainly, Sundowns have enjoyed better results in the PSL where they have no peers with 11 league titles. Downs had only won the league three times before the launch of the PSL and with the backing of SA mining magnate Patrice Motsepe, now Caf president, the Brazilians have never been short of funds to properly arm their team with star players.

Mutual respect‚ selflessness‚ taking responsibility and compromise were some of the key reasons Manqoba Mngqithi‚ Steve Komphela and Rulani Mokwena ...
Sport
4 months ago

While the money was initially wasted on poor planning, and coaches and players ill-suited to the club, the signing of former coach Pitso Mosimane in 2012 signalled the start of the Brazilians’ real dominance with three successive league titles preceding the latest one a season after he had left to join Egyptian giants Al Ahly.

The Mighty Maulers were the inaugural PSL champions with Gordon Igesund as coach. Sadly, the only Durban club to win the league in the PSL era is now defunct after squabbles between owners led to their malfunction on the field of play. Rangers were sold in 2006 after their owners declared themselves bankrupt.

The Buccaneers have punched way below their weight in recent years after a promising start to the PSL era when they won their first league title in 2001. Nine years have now passed without Pirates adding to the league title they last won in May 2012. As they celebrate 85 years next year, certainly the Bucs' owners would want to add another league trophy in their cabinet. Bucs won five league titles before the PSL era.

Another hugely disappointing story in SA football. Santos are currently play in the Motsepe League in the Western Cape after being relegated from the top-flight in May 2012. To their credit, the owners of Santos have sought to preserve the history of the club by continuing to try gain promotion from the amateur ranks. Like Rangers of KwaZulu-Natal, Santos is the only club from the Western Cape to win a PSL league title.

This is one club that was never expected to enjoy a period of dominance the way it did between 2008 and 2010. But after they hired Pitso Mosimane between 2001 and 2007, a solid foundation was laid for his successor Gavin Hunt to win three successive league titles immediately after taking over. The only blemish is that after the departure of Hunt in 2013, no league title has been won despite coming close on a few occasions. But SuperSport remain one of the solid and well-run clubs in the PSL with their academy playing a significant role in the Pretoria team staying afloat and avoiding spending unless it’s really necessary.

Hlompho Kekana on Thulani Thuswa: ‘Football will miss you dearly’

Mamelodi Sundowns captain Hlompho Kekana has said Thulani Thuswa‚ the former communications manager of the Pretoria club who died in a car accident ...
Sport
4 months ago

Mosimane says Thuswa stopped him ‘having sleepless nights about the media’

Al Ahly coach Pitso Mosimane has paid tribute to the education he received on the media from former Mamelodi Sundowns and Kaizer Chiefs ...
Sport
4 months ago

Mamelodi Sundowns have cleaned up at the DStv Premiership’s monthly awards again‚ with Peter Shalulile winning player of the month for May and June‚ ...
Sport
4 months ago