Bafana one step away from qualifying for Chan 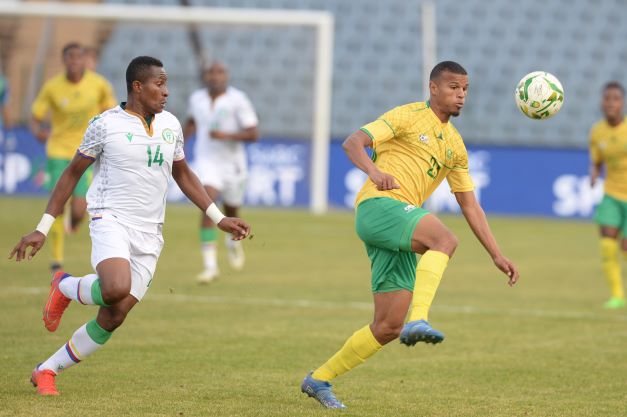 A makeshift Bafana Bafana side are one step away from qualifying for the African Nations Championship (Chan) after playing to a goalless draw with Comoros at Dobsonville Stadium on Saturday.

The Helman Mkhalele-coached side won the two-legged tie by 1-0 on aggregate after Bafana defeated the islanders away from home a week ago.

Bafana, who have failed to qualify for the tournament since their last appearances in 2014 as hosts, will face either Angola or Mauritius in the final round of qualifiers.

Nations are restricted to only playing locally based players in the Chan tournament.

Comoros had to deal with last minute changes to their team after two cases of Covid-19 were reported in their camp three hours before the game.

Bafana assistant coach Mkhalele, who is in charge of the side, selected a solid line-up with a lot of youngsters who were boosted by the presence of older midfielder Sammy Seabi of Chippa United.

The team has also had players from the amateur ABC Motsepe League such as Sifiso Mbidana of Bizana Mpondo Chiefs and Lesego Sebetlela, who recently helped MM Platinum to gain promotion to the Motsepe Foundation.

Sebetlela, however, will play his football in the DStv Premiership after being snatched by Sekhukhune United FC.

Despite Bafana dominating the opening half and creating a number of opportunities to score, their bluntness in front of goal ensured the score was 0-0.

Kaizer Chiefs’ Keletso Sifama also had his chances, but nothing came of them.

Sebetlela, who was the star of the ABC Motsepe League playoffs, was denied by the crossbar from breaking the deadlock on 33 minutes.

Bafana’s probably best chance to get ahead in the match came early in the second stanza when an unmarked Mbidana received a pass from Siyanda Msani inside the box, but he sent his shot wide.

In search of a goal that was going to guarantee his side a place in the next round, Mkhalele made a few changes as he replaced Radiopane with Cape Town Spurs’ Ashley Cupido but that didn’t yield any goals.