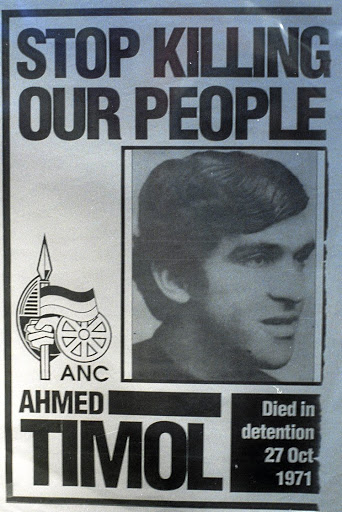 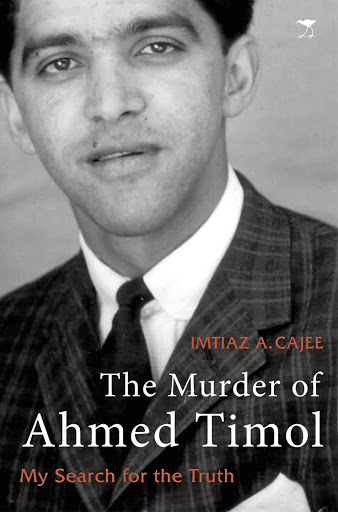 In 2017 it was announced that, 46 years after his death, an inquest was to be reopened into the circumstances that led to ANC activist Ahmed Timol's fatal fall from the 10th floor of what was then John Vorster Square, Johannesburg's notorious police station and detention centre for political prisoners during the darkest days of the apartheid regime.

The reopened inquest was the result of tireless work by Timol's nephew Imtiaz Cajee, who, ever since hearing his grandmother Hawa's tearful testimony to the Truth and Reconciliation Commission (TRC) in 1996, had sworn to seek justice for his uncle and to get to the bottom of what happened to him during his interrogation in Room 1026 on October 27 1971.

The first inquest had infamously found that no-one was to blame for Timol's death, which was ruled a suicide. Cajee and the rest of Timol's family had never believed that, holding that the activist had been murdered by the security police who had thrown him out of the window.

In 2005 Cajee wrote Timol: A Quest for Justice about the circumstances of his uncle's death and his own investigation into the case. At the time of the book's publication, the two main interrogators of his uncle, captains Johannes Hendrick "Hans" Gloy and Johannes Zacharia van Niekerk, neither of whom had applied to the TRC for their involvement in Timol's death, were both still alive, as was the nefarious former commander of John Vorster Square's security police, Maj Arthur "Benoni" Cronwright. In spite of repeated appeals to the National Prosecuting Authority and the government, it would take Cajee and the Timol family a further 12 years to compel the state to reopen the inquest. By that time all three of the main alleged perpetrators were dead.

Cajee's follow-up book goes over some of the same ground, but also gives welcome insight into Cajee himself and how growing up in the shadow cast by Timol's murder helped shape his political views and dedication to justice, not just for his own family but for the many other families who are still fighting for answers. It also offers new evidence uncovered by Cajee, which raises questions about how his uncle was caught and who might have helped betray him to the security police.

The only surviving member of the security police who was present during Timol's last moments was a low-ranking administrative clerk named Joao Rodrigues, who, in spite of repeated pleas from the family during the reopened inquest to tell the truth about what had happened and the cover-up he was enlisted to be part of, stuck firmly to his guns and retold the same story he had given at the original inquest in 1972.

He was roundly slammed by judge Billy Mothle, the presiding judge at the reopened inquest, and is currently fighting tooth and nail against charges of attempted murder that were brought against him following the 2017 inquest findings. His case is awaiting judgment in the Supreme Court of Appeal, but the evidence presented against him by Cajee is overwhelming and while he may not have personally thrown Timol out of the window, it is almost certain that he knows who did.

This book is a thoroughly researched and detailed account of Ahmed Timol, his death and the vindication of his family's quest for justice by the findings of the 2017 inquest. It concluded that he was murdered by the security police, did not commit suicide and that someone was very definitely to blame for his death.

The book is also a moving and personal story of the effect that his death had on one man and his family, who, in spite of the obstacles thrown in their way - by the apartheid security forces, judicial establishment and political interference orchestrated by the post-apartheid government into the investigation of Timol's case - never lost sight of their goal to obtain justice and seek the truth.

As hundreds of families continue to implore the government to help them get to the bottom of what happened to their relatives who lost their lives in the fight for a democratic and free SA, Cajee's story offers a glimmer of hope and a testament to how sheer dedication and will may just be enough to overcome the Sisyphean struggle, which far too many still find themselves engaged in, 26 years after democracy.