By Dana Hull and Claire Boston 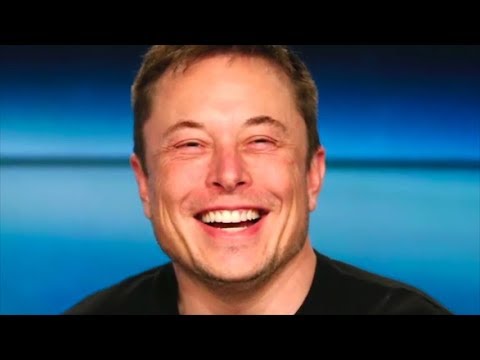 Seemingly out of the blue, Elon Musk proclaimed that he might pull his money-losing Tesla off the market. Taking the electric-car company private at the price he touted would amount to an $82-billion valuation, a monumental sum that left many investors wondering: Is this a joke?

South African born Musk, the enfant terrible of Tesla and SpaceX, has defied the odds before. But Tuesday’s gambit — unleashed in tweet after tweet over the next 2 hours and 40 minutes — opened a new chapter in one of the most tempestuous business stories of our time.

Even fans seemed unsure whether Musk could pull this off — or, if he does, where that will leave Tesla. Only a week ago, the company with a seemingly unshakable base of firm believers and equally fierce legion of detractors recorded another huge loss after burning through hundreds of millions of dollars.

Indeed, Musk’s initial tweet, sent roughly half an hour after news emerged that Saudi Arabia’s sovereign wealth fund had built a stake in Tesla worth about $2 billion, was the latest in a series of unusual maneuvers that have thrust the executive into the public spotlight.

He’s made no secret that he has little patience for his naysayers. In a May conference call, the CEO blithely said that if investors were concerned about the volatility of Tesla’s stock, they shouldn’t own the shares.

“The reason for doing this is all about creating the environment for Tesla to operate best,” Musk, 47, wrote in an email to employees. He said wild swings in the carmaker’s stock price are a “major distraction” to Tesla workers, who are all shareholders. And he said that being public “puts enormous pressure on Tesla to make decisions that may be right for a given quarter, but not necessarily right for the long-term.”

Separately, Tesla, which has picked Shanghai as the location of its new gigafactory, is counting on the city’s government to help obtain loans from some of the biggest Chinese banks to fund the planned facility, according to people familiar with the matter.

At least four lenders have begun the appraisal process on the loans, the people said, asking not to be identified because the information is private. Some banks have signed confidentiality agreements with the Shanghai government and Tesla, and are in advanced negotiations, they said.

To take Tesla private, Musk would have to pull off the largest leveraged buyout in history, surpassing Texas electric utility TXU’s in 2007. And Tesla doesn’t fit the typical profile of a company that can raise tens of billions of dollars of debt to fund such a deal.

It’s lost money on an operating basis every year since going public and has been burning through billions of dollars amid the struggle to iron out production issues with its Model 3 sedan. Neither Musk’s tweets nor his blog post make mention of how the company would pay for it.

Tesla closed at $379.57, up 11% from Monday. Viewed differently, though, the stock ended the day about 10% below the $420 price Musk said he’d pay to take the company private, highlighting the doubts traders have about his ability to pull the deal off.

Funding $50 billion-plus for a negative free cash flow business would be difficult, if not extraordinary

“The market doesn’t believe him,” said David Kudla, the CEO of Mainstay Capital Management, which is betting against Tesla. “His credibility has come into question over a number of things. If this were real, you’d expect the stock to go closer to $420 a share than it has.”

Most major buyouts also require a trip to the junk bond markets, where Tesla has fallen out of favor. Its inaugural offering of the notes last year fell below par almost immediately and never recovered. The bonds rallied Tuesday,but at just 92.4 cents on the dollar, they too reflect investor skepticism. If the deal were to actually go through, creditors would reap — thanks to a clause in the bond contract — a price of 101 cents on the dollar.

“Funding $50 billion-plus for a negative free cash flow business would be difficult, if not extraordinary,” said Joel Levington, an analyst at Bloomberg Intelligence.

Musk has a long history of bristling at the amount of scrutiny Tesla endures from investors and the media.

In an interview with Bloomberg News in January 2015, he spoke of the benefits of running his closely held rocket company, Space Exploration Technologies Corp., and his frustrations with having taken Tesla public in June 2010.

“There’s a lot of noise that surrounds a public company and people are constantly commenting on the share price and value,” he said in 2015. “Being public definitely increases the management overhead for any given enterprise.”

Musk pointed to SpaceX as a model for how Tesla could be privately held. He said in a tweet his hope is that all current investors in the electric-car company would stick with it by buying into a “special purpose fund,” and said that this has been done through a Fidelity investment in the rocket manufacturer.

Taking Tesla private “makes a ton of sense” from Musk’s perspective, said Gene Munster, a managing partner at venture capital firm Loup Ventures. Though even he — one of Tesla’s biggest bulls — assigns long odds to the CEO pulling off this deal.

“Musk does not want to run a public company,” Munster said. “Our guess is there is a 1 in 3 chance he can actually pull this off.”