Marawa: Robert focuses on Robert & on trying to improve Robert 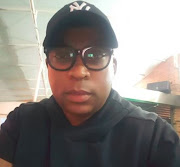 Image: Via Instagram/Robert Marawa Guess who's back. Back again.

In two days time Robert Marawa will make his much publicised return to the SABC after a very public breakup with the public broadcaster. Ahead of his comeback, he opened up to the Sunday Times about slaying the naysayers and doing what he loves.

The broadcaster said that he's optimistic about his return despite what may have happened in the past.

"The SABC remains the SABC. It's just the people inside. The people that worked overtime to get rid of me - some of them have gone, and rightfully so."

Robert said he didn't know the secret to saying relevant but insisted that hard work plays a big part.

"It's about the ability to work hard, reinvent yourself and to take your job seriously."

There was speculation that there was beef between himself and fellow broadcaster Thomas Mlambo, but Robert was nonchalant about the issues.

"I never look at other people. Robert focusses on Robert and trying to improve Robert. I never put myself in competition with anybody."

Set your alarms, Wednesday is the return of Marawa.