WATCH | Shooting & looting: what's happening in Nigeria and a timeline of #EndSARS events 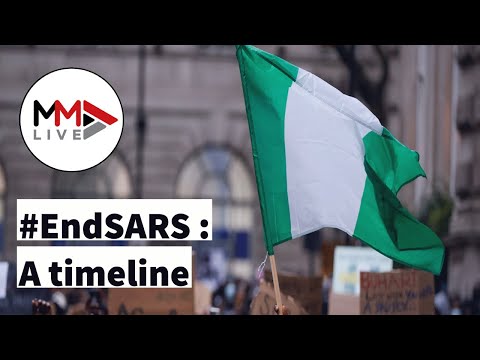 Nigeria and Nigerians globally have been protesting for the past two weeks about a video allegedly showing Special Anti-Robbery Squad (SARS) officers killing a young man in the southern Delta state.

Violence intensified in Nigeria's commercial capital of Lagos after the shooting of civilians by security forces at an anti-police brutality protest at the Lekki toll gate on October 20.

Initially the controversial police unit was the target for the unrest, but it then spread in many other directions where people demanded change.

The unit, which rights groups have long accused of extortion, harassment, torture and murder, was disbanded on October 11 — but the protests have persisted, with calls for more law enforcement reforms.