Image: SUNDAY TIMES When Comair was placed in business rescue in May this year, its business rescue practitioners (BRPs) gave those holding tickets for flights between March 14 and October 31 this year three choices, instructing them to communicate their choice by June 17.

They wanted a refund for their airfares, but instead ended up on a long list of Comair’s creditors in the company’s business rescue process, destined to get only a few cents in the rand.

That’s unless they tell Comair soon that they want to keep their “ticket value” to buy new air tickets within the next 13 months.

The would-be Kulula and British Airways passengers’ 2,250 “unused reservations” make up about R9m of the R7.8bn in claims received by Comair’s creditors, which include hotel groups, aviation companies, the Airports Company South Africa (ACSA) and FNB rewards programme eBucks.

When Comair was placed in business rescue in May, its business rescue practitioners (BRPs) gave those holding tickets for flights between March 14 and October 31 three choices, instructing them to communicate their choice by June 17.

• Keep the value of the cancelled flight booking for use on other bookings for flights until the end of October 2021, “subject to availability and difference in rates, fares and/or taxes”;

• Become a creditor, “such that a claim for the value of the un-flown flight will be dealt with in terms of the business rescue plan, if approved”; or

• Forfeit the value of the ticket.

Those who didn’t respond with their choice by the June deadline acquired option 1 by default – the value of the booking remained valid until the end of October next year, Comair spokesman Stephen Forbes told TimesLIVE.

But those who initially held out for refunds have ended up on the list of so-called “unsecured [passenger] creditors” and can expect to get only about two cents back on the rand, meaning someone who spent R20,000 on tickets probably won’t get more than R400 back.

“That means those Comair customers are effectively financing the recovery plan to the tune of around R9m,” an industry insider told TimesLIVE. “I wonder if those who held out for cash refunds had any idea what they were letting themselves in for?”

The good news is that those people can now change their minds and opt to “hold the value” of their flights, for use before October 31, 2021, by e-mailing  creditorclaims@comair.co.za

Surprisingly, though, very few have elected to do so. But there is time, there is currently no deadline for that option change, says Comair spokesperson Stephen Forbes.

Asked when and how the option to switch their choice from “creditor” to “keep the ticket value” was communicated to the holders of those 2,250 tickets, Forbes said: “Very clear options were communicated to all unused ticket holders on May 20 via e-mail, on the Comair website and in the media.”

“Comair’s BRPs have since advised creditors who have raised concerns about their election that they can change their option to keep the value to be used by 31 October 2021.”

But only “a nominal number”, had done so, Forbes revealed, later clarifying the number to be about 1%.

That begs the question: why does the list of unused reservations still take up 30 of the 42-pages list of Comair’s creditors claims when it was last updated on September 17?

Why would so few make the switch to keeping the value of their ticket to use it again on Kulula or BA flights before next October, when they have so much to lose as creditors?

“One explanation could be that they don’t realise that by asking for refunds, they became creditors, and can’t expect more than a few cents in the rand back,” the insider said.

Every ticket-holder is listed by name, in alphabetical order, on Comair’s business rescue website, with the value of their tickets, as required in terms of business rescue legislation.

The ticket amounts range from just under R1,000 to R203,200 in the case of Barbara Plebankiewicz, who owns Johannesburg-based Safpol Safaris with her husband Peter.

Contacted by TimesLIVE, Plebankiewicz denied opting to become a Comair creditor and was adamant she’d received no e-mail informing her of her right to now choose to retain the value of those tickets for use on future flights instead.

“My clients were from all over the world, and I had to refund them when their flights were cancelled after lockdown,” she said. “That’s why I’m owed that R203,200 now.

“I e-mailed Comair when the flights were cancelled and said I wanted a refund. I would never have been so stupid as to have chosen to become a creditor.”

Asked whether the viability of the rescue plan would be negatively impacted if a significant number of those (passenger) creditors now opted to keep the value of their tickets instead, Forbes said: “This will not materially affect the implementation of the plan and the investors will accommodate any changes to the election.”

The British Airways and Kulula aircraft would “gradually” return to service from December with a seven-month ramp-up period until June 2021, Forbes said. 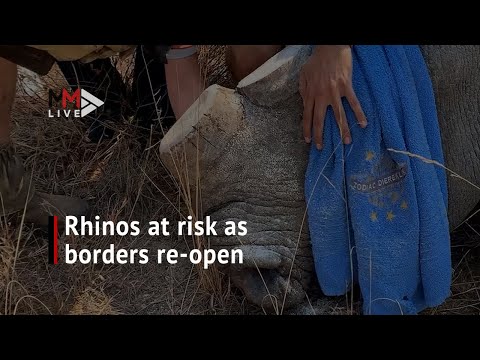