'He took a huge stick and started beating me' 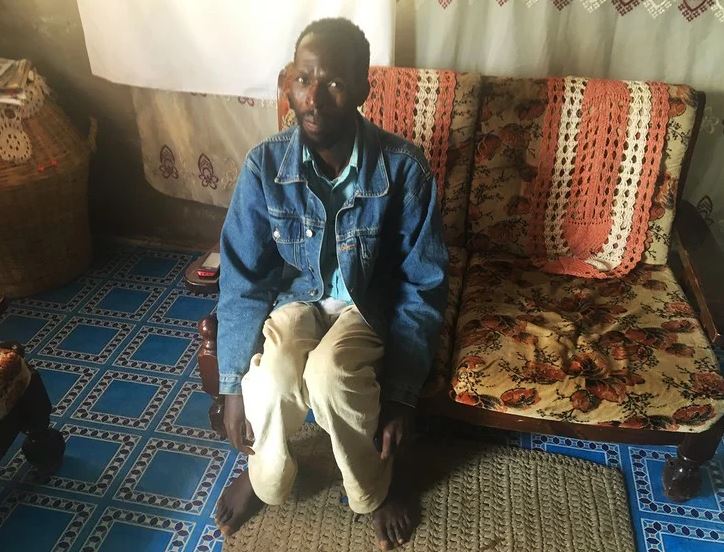 Dumisani Ngcobo (43) was assaulted and suspended from church after being accused of being gay.
Image: Nompendulo Ngubane

A 43-year-old Pietermaritzburg man says he is one of 50 men beaten by the pastor of his church for being gay.

Dumisani Ngcobo is a member of the Shembe Nazareth (eBuhleni) church. He has been suspended from church for being gay and has to pay a “damage” fee for “shaming” the church.

Ngcobo said it had become “usual” that gay men were assaulted in church. He said he had been taking part in the annual church gathering at Ekhenana Mountain in Tongaat. At night he and other men were sleeping in the same tent. Ngcobo said he had lost his phone and while looking for it he accidentally touched one of the other men.

“He was sleeping next to me. While I searched for my phone I touched him. I had no bad intentions but I couldn’t find the phone. Accidently I touched him and he assumed I was playing naughty,” he said.

#Nyan'Nyan: Did she really say a men's clinic can cure 'gayness'?

Last night's episode of Nyan'Nyan left viewers gobsmacked as they watched a woman tell her boyfriend being gay could be cured.
TshisaLIVE
4 years ago

Ngcobo said he was called by the preacher and the elders of the church. “The preacher had warned me that if I didn’t plead guilty he would kill me. I did admit I touched him. I was saving my life. I said I touched him intentionally.”

“After that I was called into a room. The preacher told me to take off my church robe. I lay down on a straw mat. He took a huge stick and started beating me. I was beaten from the head to the legs. He went on until I was helpless. I was numb and I was bleeding from head to toe. He told me to leave and never look back.”

Church spokesperson Thokozani Mncwabe said he had been informed about the beatings. He said the church did not allow any sexual activities during the gathering. “The rule is that anyone that goes against church principles pays the damage fee.”

But, he said, “people should not be beaten. That is against the church.”

Asked if it is usual that gay people were beaten in the church, he said that was “unacceptable”.

Another of the victims confirmed the men had been beaten. “They used sticks. We were taken into hospitals close to homes. My family knows but they are silencing everything. They are scared of shaming the church. But we have been silent enough about this. Being gay does not mean we are not humans,” said the man who did not want to be named.

Dumisani’s brother Sipho Ngcobo said: “We were shocked when he arrived home. He was severely bleeding from the head. My aunt had to take care of the wounds and the bleeding.”

“If my brother is gay, they should have dealt with that like a church. The South African Constitution supports gay men. They have rights like any of us. Beating a person because of his sexuality is a crime.“

Sipho Ngcobo said his brother had not wanted the family to lay a complaint with the police. “We would have done that,” he said.

This article was first published on GroundUP